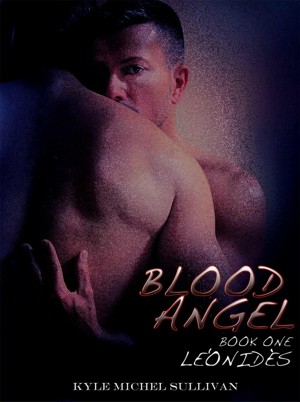 When Léonidès met Gregory, his life became good. Even when Gregory brought his buddies into the mix. But they turned out to be vampires, and finally murdered him. Only instead of dying, Léonidès became a Blood Angel, the highest caste of vampire, and he found a new goal in his afterlife -- control of the vampire world.
(All characters in sexual situations are over the age of 18) More
In Medieval Times, a young gay carpenter named Léonidès was seduced and murdered by a pack of male vampires who had befriended him. Only he didn't die; he became a Blood Angel, the highest caste of their ilk, unaffected by the sun, his senses increased to the maximum, with strength beyond imagining. But he's not out for revenge, now. No...he likes who he's become, and he wants to enjoy the pleasures of men as well as their blood, while he builds his power and wealth. His intention? To control the vampire world. And he is crafty and patient enough to achieve it.

This is the first of seven volumes that will follow his story up to modern times, as he grows in power and wealth, finds lovers and users, and struggles against those who want to destroy him...including his own sister.

You have subscribed to Smashwords Alerts new release notifications for Kyle Michel Sullivan.