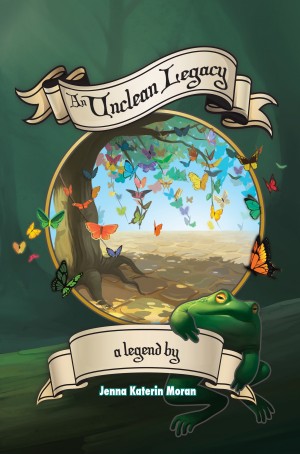 By Jenna Katerin Moran
Rated 4.67/5 based on 3 reviews
A fairy tale about an enchanted princess, a deathless sorcerer, a fallen knight, a man of God, a bad house, a soulless girl, the Devil's child, a madman, a witch, and Santa Claus.

A story of redemption.

By the award-winning author of the Nobilis role-playing game. More
In a time of wizards and kings, one name stood above the rest. He was Montechristien Groeneveldt.

He had been weak. He had been a failure. But beyond darkness, beyond damnation, beyond all suffering and all sorrow, he found the jewel of the philosophers. He found the pure magic of the cintamani — of the alchemic gold.

From that point forward his power was limitless. He bound the Devil, shattered suicide’s son, and took wickedness as his bride. He grew butterflies on trees and timed out life with flowers. He broke the world and sewed it up again. And as the time of his death approached his children came to his Castle to dispose of the matter of their legacy.

Violet, his eldest and most dear, who had betrayed him before she was even half-grown.

Francescu, the deathless sorcerer, who had turned his back on the affairs of the world.

Manfred, the fallen knight, whose strength was legend and whose spear was magic’s bane.

Tomas the cruel, who had looked in his tenth year upon the face of God.

Christine, the mad sorceress, who wandered the world in her living house.

Elisabet, the Devil’s child, a creature as much of shadow as of life.

When Montechristien stumbled towards the grave at last, the talents of his children turned against their siblings, every hand against the other, and the halls of his Castle Groeneveldt ran with blood. 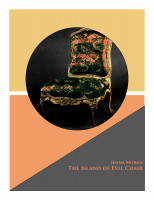 Reviews of An Unclean Legacy by Jenna Katerin Moran

I'm going to start by describing my favorite part of reading this book. Halfway through, I realized that the entire narrative was a complicated retelling of a popular cartoon from my childhood. The sudden and unexpected realization that I had missed all of the parallels, that the whole time the story had been winking at me (sometimes quite unsubtly) and I had never even realized it, was hilarious. It was quite a surprise, one of several thrown by this surprising and clever novel.

An Unclean Legacy is the story of the sorcerer Groeneveldt, his impending death, and the bequeathment of his legacy to his seven children. It is told nonsequentially, each chapter representing a separate fairy tale-like story that may come just before, just after, or far removed from the chapters on either side of it. These chapters form a wending history that explains: the formation of the world and its personages, the rise of Groeneveldt and the manner in which he gained his power, the histories of each of his seven children and the seven monsters which they have become, and, finally, the ultimate fate of Groeneveldt, his children, and his unclean legacy.

The writing takes many cues from fairy tales, the omniscient third-person narrator using little description, painting the mind's eye with action and dialogue, referencing traits and attributes only when they are important. When the Devil appears, the narrator assumes we know who the Devil is. When we are first introduced to Sophie, no mention of her shapshifting ability is made; that does not bear mentioning until she wrestles aforementioned Devil in the novel's latter half. Insinuation and allusion fill in for scene setting, allowing the tedious exposition to be skipped whenever necessary. But for all of its thoroughly fairy tale-like traits, the text is infused with a whimsical, almost child-like wit. Its characters, even when utterly unsympathetic, are charming and clever, and the author's offbeat psuedohistorical, psuedochristian fantasy world is just delightful.

At first, the nonsequential, haphazard order of the chapters felt offputting. But as the book's deeper structures became apparent, the organization became obvious, revealing setting details at the perfect moment to affect that character's actions in later chapters. By the end, I was clamoring to learn the fates of the flawed (some would say doomed) but sympathetic Groeneveldt children and their definitionally doomed patriarch.

An Unclean Legacy is one of my favorite fantastical novels of the last several years. It has a timeless fable-esque quality, combined with a modern wit and eye for the absurd. It is dark and witty, folkloric and modern, and lighthearted despite including well over one hundred deaths (and the Devil!).

Also, Santa Claus is in it! If you're good, perhaps he will bring you a copy of An Unclean Legacy. If not? Well, it will definitely be coal. No way around that. But you can still buy a copy yourself!

I finally finished An Unclean Legacy by Jenna Katerin Moran, and I need to gush about it.

I picked up my copy from Smashwords a while back. A long while back. I'm afraid I've become a terrible reader in the last few years--putting down books for weeks at a time, getting caught up in whatever MMO. Worse is the "convenience" of e-books. I don't have a dedicated e-book reader, so I try to read them on my computer...and end up browsing or gaming instead.

An Unclean Legacy was just tricky for me to gain momentum on. It's very short chapters gave me too many chances to set it aside for a little while. But ah! when I got towards the middle of the thing (recently), putting it aside was only possible because I started reading it at work.

The book jumps around in time, focusing, for the most part, on the actions of the family Groeneveldt, a group of sorcerers, heroes, saints and one ninja. It explores their characters, then jumps way back in time to the origins of the setting--to the fall of various angels for various reasons. We see larger-than-life characters with their particulars, strengths and foibles, and larger-than-life concepts that, as the book moves on, we see are pushing those characters around. We see Wickedness, Hopelessness, Life, and Pure Good Intention wrestle each other and the members of family Groeneveldt (soon after we've picked out favorites). Moran makes these forces all the more vivid and compelling in our heads with crayons--Red, Black, Purple, Orange, Blue and Gold.

And way she skips around in time to give you a glimpse of what's going on/has happened already is simply great storytelling--she starts with the little examples of character, skipping around the big events. We aren't ready for them yet. Almost there. Nah. BAM!

It's no secret I like Nobilis, and I've always thought the Sidereals of White Wolf's Exalted RPG were very fun. But I need to say that this book shows Jenna shines with the Knife-point Intentionality of the Blue as a creative fantasy author.

I liked this book. It is very well written and it got me reading to the very end. I admit this book isn't like book I usually read and I was a little worried I would not like it but I started reading this yesterday afternoon and I couldn't stop reading. This book is a book I recommend.

You have subscribed to Smashwords Alerts new release notifications for Jenna Katerin Moran.