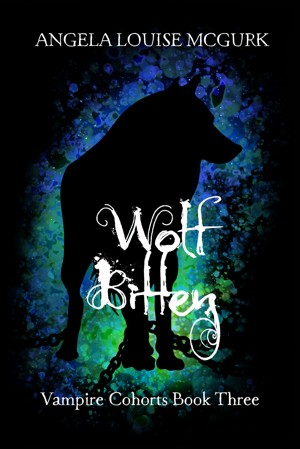 I would go to Beorn to save Conn’s cohort; a cohort I’d never asked to be part of. I hadn’t asked for any of it. I’d wanted my husband, his child, to live and die a mortal life in a time which was almost beyond memory. I hadn’t ever asked for this life. Why did everyone seem so able to forget that?

They all wanted to be shocked, to gather around their Sire and shake their heads in disgust at the adulterer. What they didn’t get, what none of them understood, was that it was going to hurt me far more than it was going to hurt him. For a millennium, my body was used as a weapon, as a potential way to hurt Leof, or a way to exert control over me, and over Ragnar’s terrified recruits. Did they think this was what I wanted?

Yet even I underestimated the damage Beorn could do, and my alarm increased when he whispered the very last thing I expected, “Oh no, you’re much more than a vampire. That’s what makes you so interesting. Do you remember being queen of Ésageard?”

How could I predict that what I was mattered little compared to what Beorn was? I didn’t realise, even as he insisted, “Fenn. For tonight, you will call me Fenn. I don’t expect to tell you again. I want my name ingrained on your consciousness until the day you realise that I’m far stronger than your ‘king of the gods’ could ever be.”
Available ebook formats: epub mobi pdf lrf pdb txt html
First 15% Sample: epub mobi (Kindle) lrf more Online Reader
pdb
Price: $5.00 USD
Buy Add to Library Give as a Gift
How gifting works
Create Widget
Tags: vampires vampire love magic werewolf werewolves conflict mythology fae norse gods
About Angela Louise McGurk

Angela is the author of the Vampire Cohorts Series. Book One, Bite the Bullet, is due out in December 2015, with five further books scheduled to follow.

Vampires are popular with Angela, being the subject of most of her writing and 65-75% of her reading. The other 25-35% of Angela's reading is usually historical fiction and/or historical non-fiction. The combination of Angela's love of vampires and history can been seen in 'Absolution' which combines the modern world and WW1 history.

While currently occupied running her business, Angela spends much of her free time writing, reading,and trying to find a way of saving all the worlds in her head before they evaporate to some forgotten place never to be retrieved. As well as being a designer, business owner and writer, Angela is the mother to two fantastic children and wife to a husband who still hasn't read her books!

She grew up in a small Northumbrian pit village and briefly lived in Newcastle-Upon-Tyne where the Vampire Alliance series is set. One of her favourite places in the world in Rome and when she gets around to finishing the re-write of the prequel to the Vampire Alliance series this will be set in Rome. The prequel, currently going under the working title of 'Irredeemable' has been a work in progress for fourteen years, originally written in Angela's early teens it is currently being re'vamped' and will be published sometime in the future. Although as Angela also has plans for sequels, prequels and spin offs what comes next is anyone's guess!

You have subscribed to Smashwords Alerts new release notifications for Angela Louise McGurk.

You have been added to Angela Louise McGurk's favorite list.

You can also sign-up to receive email notifications whenever Angela Louise McGurk releases a new book.