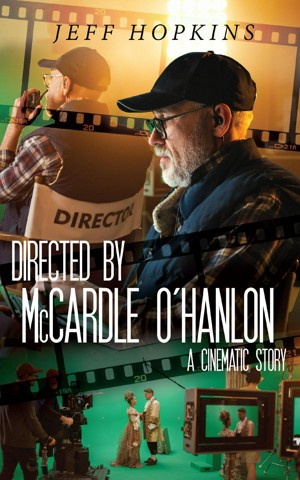 Rated 5.00/5 based on 1 review
McCardle O’Hanlon directs a film about the life of Prince Henry, son of James I of England. Jayden Harnett gets the role. O’Hanlon’s first cut is a mess, and he reshoots scenes. After the film premieres Jayden Harnett makes a surprising decision. More
Esteemed Irish film maker McCardle O’Hanlon turns his back on gritty films dealing with dysfunctional families, the drug culture, gun violence, and urban crime to accept an offer to direct a big budget period costume drama. The working title for this period film is ‘The Prince’ and deals with the truncated life of Prince Henry Frederick Stuart the eldest son and heir of James I of England.
Casting Director Susie Posey is assembling an international cast, but the key role of Prince Henry is proving problematical. Acting on the advice of long-time friend David Anderson, O’Hanlon watches Jayden Harnett play Richard II in a College production and is convinced he has found the young man to fill the part of Prince. The rest of the production team takes convincing.
Eighteen-year-old Jayden Harnett tries to balance his personal and family life against the prospects of a film career that are dangled before him. A casting anomaly causes Jayden to be reunited with his school friend, Robert Rousseau who is recruited to join the film production. Jayden’s wide reading and research draws him closer to the long dead Prince and his friend, Robert.
When principal photography concludes, O’Hanlon does a first cut and despairs at the outcome. He calls upon his old friend David Anderson for advice and suggestions. Anderson is frank and forthright in his assessment and suggests the director make significant changes to the film. McCardle O’Hanlon and screenwriter, Sherwin Wood, rewrite aspects of the script and reshoot some vital scenes with a completely different focus. Anderson suggests one whole sequence, a requirement of the film’s Producers, be dumped.
The film is prepared for a gala charity premiere two weeks prior to Christmas before a world-wide cinema release on Boxing Day. Unpredictable events change everything, and Jayden Harnett stuns his family, and his former drama master with a life changing decision.
Available ebook formats: epub
Price: $5.99 USD
Buy Add to Library Give as a Gift
How gifting works
Create Widget
Tags: film making career decisions college dramas cinema casting green screens ballet classes intimacy coordinators the jacobean court prince henry frederick stuart film premieres and reviews
About Jeff Hopkins

Reviews of Directed by McCardle O'Hanlon: A Cinematic Story by Jeff Hopkins

In this, his sixteenth novel, Jeff Hopkins takes us on a journey – the making a large budget costume movie about the life of a prince. The prince is question is Henry Frederick Stuart, first son of King James I of England. Destined to become James’ successor, Prince Henry died three months short of his nineteenth birthday in 1612. A cultured and multi-talented young man, he is extolled by some historians as the best king that England never had.

The film is to be directed by an Irishman, McArdle O’Hanlon, whose successful earlier films had been gritty, urban dramas focusing on dysfunctional families, drug use and violence. O’Hanlon faces many challenges with this project, but chief among them is to cast a youth capable of meeting the many challenges presented by the lead role. His casting director has assembled a short-list of young men for the role of the prince and his friends at court, but O’Hanlon holds off final casting. He turns to an old friend, David Anderson, a teacher of drama at a private boy’s college to broaden his search. Anderson suggests that O’Hanlon see his latest production, in which a final-year student, Jayden Harnett, plays the lead in Shakespeare’s King Richard II. O’Hanlon is impressed with Harnett’s talent and organises for him to be screen-tested. Casting a young man with limited experience is a risk, but one that O’Hanlon is happy to take given Harnett’s talent and physique.

The novel effectively charts two journeys – the fraught process embarked upon by O’Hanlon in making the film, and the steep learning curve willingly embraced by Harnett in the film’s demanding lead role. Both O’Hanlon and Harnett are in uncharted territory and this reader found himself eager to follow developments. With a background in both senior secondary teaching and filmmaking, Hopkins guides us assuredly through their interwoven journeys. Throughout the novel the reader learns much about both the contested history of Prince Henry and the numerous technical and logistical challenges of film production. However, it is Hopkins’ ability to bring the characters in the novel to life that most impressed this reader, especially the author’s empathy with Harnett’s metamorphosis from schoolboy to a mature and sensitive young man who emerges more confident about his future path.

You have subscribed to Smashwords Alerts new release notifications for Jeff Hopkins.