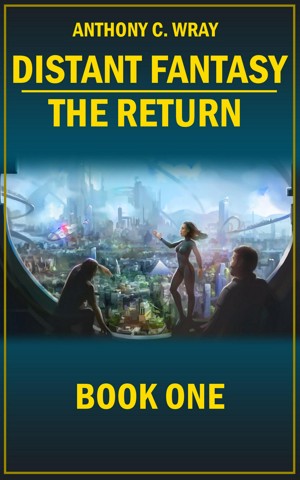 One minute, Colonel John Locklear was in an ambush in Iraq, and the next he was home. In his dreams is another world where past, present, and future happen at once. Natasha, a leader in this world, calls John, “Zac.” Then, it isn’t a dream anymore and John becomes Zac, accepting they have a role to play in Lunia, the world on the other side of a black hole, the world Zac needs to save. More
After his team is ambushed in Iraq, COLONEL JOHN LOCKLEAR is beset by dreams of a woman insisting he needs to return to a strangely futuristic city. He returns to the home of his youth, a reservation in Washington State, hoping his Cherokee family will have answers for him. There, he learns that his entire team, including himself, have been MIA since the ambush.

His father returns John’s boyhood journal to him. It describes a place he would visit in his dreams—the same place he’s seeing now—and a woman named NATASHA. Memories once blocked start coming through and soon John is transported to the world he used to visit as a child: Lunia. Concerned that John may be lost to them, his father sends John’s brother, WAYA, after him.
Reunited with Natasha, John’s identity begins to shift to ZAC, the man he is in this other world where past, present, and future are all one and the balance of peace is tenuous. An ancient evil may be reemerging and Natasha is sworn to protect her island and its magical people. However, the fate of the island is tied to the city of Cheriongoski, the last city of humanity. Cheriongoski is breaking out in war between the capitol and the resistance, and they must save it to save themselves and all the people of Lunia. Natasha and the people of the island know Zac is key to this mission, but Zac is still also John and John doesn’t remember much of what Zac knew, thanks to a childhood intervention by his aunt meant to keep him in their world. Waya arrives and wants to bring John back, but he sees the change to Zac is happening. He agrees to help with the mission for a time before they make the return home.
John soon learns that Natasha split her spirit to save those John cared about, carrying his team members to Lunia, but they were cast to many different parts of this world: two in the city, two at sea, and one in the desert. John is determined to rescue them and begins his journey with Natasha and Waya to save the island as well as his teammates.
The two in the city, VI and WATSON, learn of a prophecy that tells of nine to save the people of Cheriongoski before the next Dark Age dawns. Vi and Watson fight alongside new friends against rippers—robotic animals that leave gruesome carnage in their paths—and the Elite Force of the capitol. Meanwhile, SETH and JD—the two at sea—are approaching Cheriongoski with a robotic army led by KHEPRI, who put to rest the last great war of Lunia. John, Waya, and Natasha discover BRAX in the desert, having escaped from a research facility that was somehow tapping into and using the sacred blue energy of the island.
John accepts his role as Zac in Lunia, but he won’t let go of his old team. As their paths converge in a single mission, the underground leaders of Lunia see that they are members of the nine from prophecy. This means that KHAZ, the greatest evil ever known, is returning, and the war for survival lies ahead.
Available ebook formats: epub mobi pdf lrf pdb txt html
First 15% Sample: epub mobi (Kindle) lrf more Online Reader
pdb
Price: $4.99 USD
Buy Add to Library Give as a Gift
How gifting works
Create Widget
Tags: psychological warfare rebellion future fantasy ancient evil future cities magic powers diverse characters corrupt power ptsd after war
About Anthony Wray

Anthony Wray currently works as a quality assurance tester while working on his first novel. Anthony spent his first twenty-two years of life in the northeast corner of Indiana before joining the U.S. Army in 2006. During his service in the armed forced, Anthony traveled the world studying cultures and the immense diversity and history that came with each. After his service he settled down with his wife, who was also a member of the U.S. Army, he began to contemplate what he wanted to do. Bouncing from job to job and never feeling satisfied, Anthony sat down and returned to writing as an outlet for his feelings. This ultimately drove him to pursue and education in creative writing. Anthony and his wife now reside in the Seattle Metropolitan Area with their three companions, two dogs and a cat. 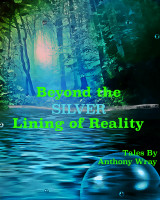 Reviews of Distant Fantasy the Return by Anthony Wray

You have subscribed to Smashwords Alerts new release notifications for Anthony Wray.

You have been added to Anthony Wray's favorite list.

You can also sign-up to receive email notifications whenever Anthony Wray releases a new book.