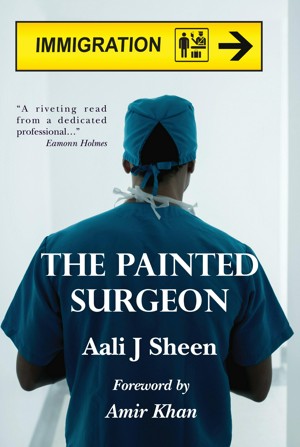 Aali Sheen is a full-time NHS consultant surgeon in the UK. He was born and raised in London by his immigrant parents and fulfilled his childhood ambition by becoming a surgeon. He was appointed in 2005 as a consultant and has gained many awards and accolades within his specialty as well as being invited to operate in Sweden, Turkey, Greece and Holland. Most recently he has also been appointed to a prestigious Professorship. This book chronicles the author’s journey from a young boy from Croydon in London to becoming a well-recognised surgeon in his field. The book describes that, despite a journey filled with inequality, adversity and indifference, he firmly believes that any failure in experiencing such disparate treatment in one particular aspect of your life does not necessarily mean that you cannot still achieve and succeed at the highest levels.

Reviews of The Painted Surgeon by Aali Sheen

You have subscribed to Smashwords Alerts new release notifications for Aali Sheen.

You have been added to Aali Sheen's favorite list.

You can also sign-up to receive email notifications whenever Aali Sheen releases a new book.