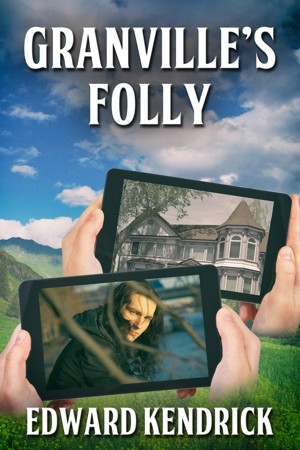 The Folly: a derelict Victorian house in the mountains. Kieran: He plans to restore the Folly. Layne: He saw the Folly as a child and returns to see if it's still there. Three ghosts: Granpa K, who built the Folly, his brother, Thom, and Thom's wife, Lizabeth. What could go wrong, given that Kieran doesn't want Layne to do a story about the Folly, and Lizabeth decides to play matchmaker for them? More
One: Granville's Folly, a ramshackle, hundred-and-fifty-year-old Victorian house high in the Rocky Mountains.

Two: Two men. Kieran, the owner of the Folly who plans to restore it, and Layne, who first saw the Folly when he was thirteen and has returned twenty years later to find out if it's still standing.

Three: Three ghosts. Granpa K, who built the Folly with his brother, Thom, and Thom's wife, Lizabeth -- with the help of freemen Granpa K released from slavery.

Mix all these elements together and what could go wrong? Nothing, if you don't count the fact that Kieran doesn't want Layne, a professional photographer, to do a story about the restoration. Or that Lizabeth is bound and determined to play matchmaker for the two humans.
Available ebook formats: epub mobi pdf lrf pdb txt html
First 15% Sample: epub mobi (Kindle) lrf more Online Reader
pdb
Price: $3.99 USD
Buy Add to Library Give as a Gift
How gifting works
Create Widget
Tags: gay
About Edward Kendrick

You have subscribed to Smashwords Alerts new release notifications for Edward Kendrick.