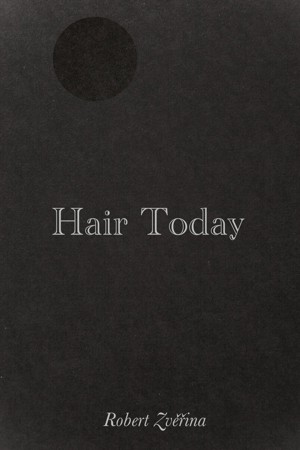 Robert Zverina was born in Liberty, NY to recently emigrated Czech political refugees. He grew up in various Long Island suburbs, straddling two cultures in a household that mixed immigrant aspiration with Old World defeatism, the latter compounded by a series of calamities which dogged the family and kept it bouncing from one precarious circumstance to another. Like many coping with dislocation and alienation, he turned to art at an early age in an unconscious attempt to craft his own narrative.

After studying literature and creative writing at Cornell, he received an MFA in Poetry from Brooklyn College under the mentorship of Allen Ginsberg. Initially skeptical about computers and the internet, in 1997 he launched his ongoing Picture of the Day website (www.zverina.com), paving the way for future bloggers with an autobiographical mix of creative nonfiction, photography, and multimedia elements.

Embracing the DIY spirit of the punk rock ethos that saved his life as a dispirited youth, he has also self-published a novel (BUZZ), produced a series of cinema verité DVDs (robZtv), single-handedly made a feature film (One’s A Crowd), and is a founding member of absurd musical art collective 4Shadows.

Zverina lives in Seattle, where he supports his mostly non-commercial art practice by working as a self-employed carpenter.

You have subscribed to Smashwords Alerts new release notifications for Robert Zverina.

You have been added to Robert Zverina's favorite list.

You can also sign-up to receive email notifications whenever Robert Zverina releases a new book.