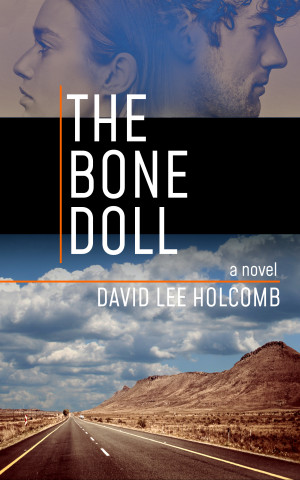 By David Holcomb
A group of misfits join the charismatic Teacher on a chaotic road trip, running from a threat that only he can see, toward a goal that only he can identify. During the journey some of the travelers turn onto other paths, while others fall by the wayside, but they all learn that the lines between faith and deception, reason and madness, are thin, and that insight can spring from unexpected sources. More
Is personal identity something that we generate from within ourselves, or is it something imposed on us by loved ones, by career, by the people and circumstances that we encounter in the course of our lives?

Matt Wheelock and Michelle Lomax find their marriage disintegrating, and they turn to a charismatic philosopher known only as the Teacher for guidance and support. The Teacher, seemingly a man without an identity or even a name, tells them of a sublime universe of mind beyond our own material plane, concealed by the machinations of an unseen conspiracy that benefits from the status quo and will fight to maintain it.

When two of the Teacher’s acolytes die in a very public act of suicide, his odd assortment of disciples find themselves drawn into his world of deception and paranoia. The Teacher and his followers are thrown into a chaotic trek across Mexico and Central America, running toward a haven that only he knows, and from a threat that only he can identify. Along the way, they all find their most fundamental assumptions about who they are being challenged. Some will return unscathed, others will be changed forever – and some won’t make it back at all. At the end of the road Matt and Michelle will find that not only are there no answers to the questions they started out with, but that the questions themselves no longer have any meaning.
Available ebook formats: epub mobi pdf lrf pdb txt html
First 15% Sample: epub mobi (Kindle) lrf more Online Reader
pdb
Price: $3.99 USD
Buy Add to Library Give as a Gift
How gifting works
Create Widget
Tags: self awareness travel relationship self discovery cult identity mysticism gnostic latin america cult leader
About David Holcomb

Born to military parents in Montgomery, Alabama, during the early years of the Civil Rights movement, David spent his childhood there and in a small farm community in the Appalachian foothills. As an adult, he spent time in Birmingham, Fort Lauderdale, and Dallas working as a graphic designer for the television news industry before finally landing in rural northwest Arkansas, where he lives today with his orchids, his cats, his saxophones, and last but not least, his husband John.

Reviews of The Bone Doll by David Holcomb

You have subscribed to alerts for David Holcomb.

You have been added to David Holcomb's favorite list.

You can also sign-up to receive email notifications whenever David Holcomb releases a new book.