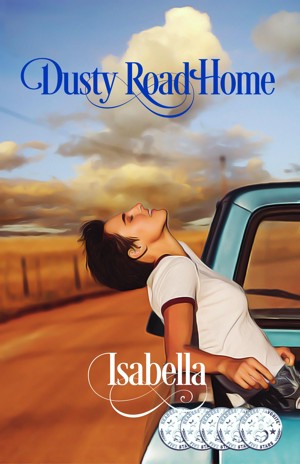 By Isabella
As Melanie fights to maintain her privacy while Pilar takes a backhoe to her past, the two women find themselves torn between their own professional convictions and their growing attraction to each other. And no matter which road they take, it’s going to be a bumpy ride. More
Melanie Crenshaw has fallen off the proverbial map. Notoriously private on a good day, the world-famous mystery author has gone dark to avoid any public blowback or scandal from her latest failed relationship. Seeking quiet and solace, she retreats to her rural hometown, hoping isolation will be just the atmosphere she needs to finish her novel. But going back home is never as easy as it sounds, especially when a nosy reporter starts sniffing around.

Pulitzer-winning investigative journalist Pilar Stein has seen people at their worst—and has the scars to prove it. After taking time off to heal from a particularly brutal assignment, she’s back in the saddle and ready to reclaim her place among the elite of hard-hitting reporters. Unfortunately, her re-entry story—a profile on elusive author Melanie Crenshaw who has suddenly disappeared—seems to lack the teeth necessary to catapult her back to the top of her game.

Appearances are deceiving, of course, and Pilar soon discovers that what she deems a simple fluff piece might well lead to the scoop of a generation…just not the one she expected.

As Melanie fights to maintain her privacy while Pilar takes a backhoe to her past, the two women find themselves torn between their own professional convictions and their growing attraction to each other. And no matter which road they take, it’s going to be a bumpy ride.
Available ebook formats: epub mobi pdf lrf pdb html
First 15% Sample: epub mobi (Kindle) lrf more Online Reader
pdb
Price: $8.98 USD
Buy Add to Library Give as a Gift
How gifting works
Create Widget
Tags: romance queer lesbian lesbian romance strong women isabella sapphire books publishing women loving women writer wants her privacy quuer romance
About Isabella

Award winning, international best selling author, Isabella, lives in California with her wife and three sons. Isabella's first novel, Always Faithful, won a GCLS award in the Traditional Contemporary Romance category in 2010. She was also a finalist in the International Book Awards, and an Honorable Mention in the 2010 and 2012 Rainbow Awards.

She is a member of the Rainbow Romance Writers, Romance Writers of America and the Gold Crown Literary Society. She has written several short stories and just finished her next novel, Razor's Edge - American Yakuza III, set for an April 15th release. She is current working on Cigar Barons - A family dynasty where blood isn't thicker than water, it's war!

You have subscribed to Smashwords Alerts new release notifications for Isabella.

You can also sign-up to receive email notifications whenever Isabella releases a new book.