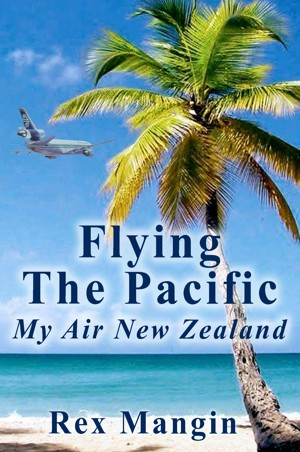 Biography.
Why do I write? Well I get incredible pleasure from it and that’s the most compelling thing that drives this ‘writing urge’. I’m retired after a lifetime in aviation both military and civilian and have travelled the world, really travelled it. I live just outside Auckland in New Zealand.
Several years ago I attended a reunion in England for some of my old flying buddies from the Cold War years. I was a front line pilot in NATO’s Second Tactical Air Force in the old West Germany during the 1960s and spent a few ‘interesting’ years eyeballing the Soviets and their Warsaw Pact allies. If war had broken out then I was going to ‘nuc’ eastern Poland, probably would not have survived, definitely would not have survived, but war did not break out and here I am writing in my homeland in the far off South Seas. It was that reunion that triggered my writing urge.
I met up with my navigator from that time so long ago, we had not seen each other for forty five years, and just one week after that memorable reunion he died, minor surgery on a troublesome knee, he died under the anesthetic, these things happen, random chance; it hit me hard, really hard. I had just arrived back in New Zealand when he died and I had no way of getting to his funeral in England. I did write a ‘eulogy’ and it was read by another of my Cold War mates at Harry’s funeral. It was that incident that got me thinking about all the quite incredible things that Harry and I had experienced during that early part of our lives, it needed to be recorded and thus the desire to write was born.
My first effort started out as a biography, I put a lot of time and effort into that and tried hard to get it published, but getting published these days is just about impossible, and biographies have absolutely no appeal to the general public. It’s up on the top shelf; actually it’s not all that good, needs a lot of rewriting and it will get it; one day. I paid to have a professional critic give it a going over and it was his criticisms that set me off in the right direction. ‘Cold War Warrior’ will appear as an e-book one day, probably in memoir form, but it could be a while. Right now I enjoy the short story format and there will be several more collections for you to read appearing soon.
When I am not writing I spend a lot of time chasing marlin off the north east coast of New Zealand, game fishing is a ‘bug’ you get and it’s a hard one to shake. I have my own boat all set up for it and a few good keen mates who are always willing to come along. There will be some ‘fishing stories’ appearing in future short stories collections.
‘The novel’; every author wants to write a novel, and that includes me. Not an easy task, practice with the short story format first and grow into it, it’s a lengthy business, but there will be a novel. In the meantime there will be plenty of short stories for your enjoyment, and on a variety of topics, not just flying.
Mornings, that’s the best part of the day for me, the really productive time when the mind is fresh, the ideas flow, the imagination’s fertile; would’nt it be great if mornings could be extended, could last all day, no brain fade, no falling off in the concentration, keep the juices flowing (Hemingway); if only! The bathroom, washing the face, shaving, cleaning the teeth, that’s when it all happens, the ideas pop into my head, a flood of ideas; quick scribble something down, capture the moment, don’t let it get away, light up the computer, don’t let it slip away.
‘Hurry up dear, breakfast’s ready’.
‘Yes dear’.
Don’t loose it, get it into words.
‘Be right there dear’.

Reviews of Flying the Pacific by Rex Mangin

You have subscribed to alerts for Rex Mangin.

You have been added to Rex Mangin's favorite list.

You can also sign-up to receive email notifications whenever Rex Mangin releases a new book.