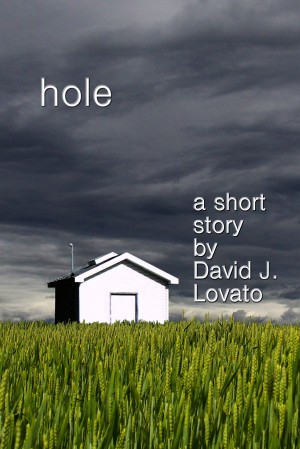 I live in Gladstone, Missouri, a small suburb of Kansas City, where I spend most of my time reading, writing, or reading and writing. 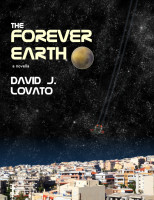 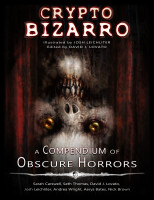 Preparing for the apocalypse is hard, thankless work. Even when you’re the only one to reap the benefits. Free on smashwords.com, Hole by David Lovato is the account of one man at the end of the world being really bored. … Yeah, that’s about it.

There are pages of details about the survival shelter Guy MainCharacter made and now resides in. We learn about how his friends and and family thought him insane and didn’t want to play with him. Unfortunately, we don’t really learn these things by seeing them or seeing him experience them, we get them recounted anecdotally.

1. Guy prepared for the end.

2. Guy’s friends and family preferred real life over preparing for the end.

3. Guy is super bored and misses people and life because he’s alone in his hidey Hole.

4. Guy decides to leave his Hole and…

It was written well enough; it just wasn’t interesting or engaging. It would have been nice to have felt his pain rather than just understood that he was in a regrettable, sucky situation.

Feeling empathy for MainCharacter was hard because he himself was more anecdote than person. An anecdote that was summed up in a sentence by economist Joseph A. Schumpeter:

“We always plan too much and always think too little.”

Enjoyed the story but think it would have been better as a novel.

(review of free book)
Erica Ganser reviewed on Feb. 23, 2011
(no rating)
I really enjoyed what this story was about. The inner minologue was pretty neat. Not quite 5 stars because the flow of grammar in certain places was somewhat awkward. Loved it, David.

It didn't matter that Sully didn't know how the world was going to end. In fact, adding a tid bit like that would have changed the pace of the story. It doesn't matter how or why the world ended either, it matters how Sully feels. Sully's mind working against him throughout the piece made this story all the more distressing and 'real'. Even when being the last man on the planet he still had doubts.

It was alright. A very good short story but it was a little loose and had places where more info could be put but over all it was very good!

I read this a few years ago, not long after you wrote it and loved it then. It's just so...disturbingly...beautiful. You don't dwell on a description for too long, which is good. What's here is just great. I love the internal dialogue of course. I'm glad I read it again, because I liked it even more the second time around!

I hate to contradict the eminent Dr Winkie, who has posted nothing here but his bad review, but I disagree completely. As a lifelong grammar geek, I spotted only a couple of incomplete sentences -- no great sin, since their meanings were clear and they fit the story's mood.
This is no rambling essay, but a stream-of-consciousness short-short. That form precludes extensive explanations, and the answers to Winkie's questions are less important than the story's emotional impact.
I liked it on first reading. After reading Winkie's review, I read the story again and liked it even more. I hope to see more from David Lovato. Three thumbs up!

I hate to write a bad review, since the book was free and the writer seems like he is young, but this "book" (really just a short essay) has no real depth and has poor grammer (Don't we all!). There is no real story just some ramblings and then a "surprise" ending. I'd like to see the author flesh out this short story. How did he know the world was ending? what did he do to prepare? did others see the end coming but just not care?

You have subscribed to alerts for David J. Lovato.

You have been added to David J. Lovato's favorite list.

You can also sign-up to receive email notifications whenever David J. Lovato releases a new book.