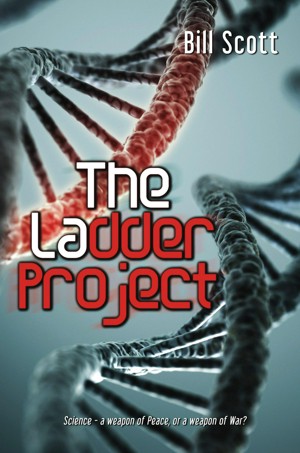 By Bill Scott
After months of study, the world’s most educated scientific minds have yet to agree on the origins of Covid, a disease that circumvented the Earth within hours. Could one possible hypothesis change all that? More
a. In an address by John F Kennedy in September of 1962, he delivered the “We choose to go to the moon” speech and after his assassination, left the job to his vice-president to see it through. LBJ, not satisfied with only fulfilling JFK’s promises, he wanted to secure his own place in the annals of history created a top- secret lab to design a life form that would be able to survive the harsh environment of the moon’s terrain that would be left behind after he returned the astronauts safely to Earth. He called it “The Ladder Project.”

After an unfortunate accident, and the fear that the accident would be leaked to the American People, Congress convinced the then President LBJ to shut the lab down, disband the team and force them all to secrecy. But decades later, somehow the idea for The Ladder Project fell into the diabolical hands of a close relative of the North Korean leader and a squad of South Korean mercenaries, under the direction of an American Marine officer and a South Korean squad leader, set out to enlists the help of a recently escaped DPRK prisoner to get them into the highly secret facility, and kidnap the gentleman in question for the purpose of finding out what he was working on… and with who.

When the FBI got wind of the situation through the granddaughter of one of the project’s scientists they contacted the CIA, and all Hell broke loose.
Available ebook formats: epub
Price: $5.99 USD
Buy Add to Library Give as a Gift
How gifting works
Create Widget
Tags: government science fiction contemporary technology south korea north korea secrecy diabolical covid
About Bill Scott

a. Starting in 1978, Bill Scott has published several non-fictional books as well as fictional works, and several hundred articles and YouTube videos. Bill Is currently the President of StoreReport LLC, which provides computers, software and cloud services to unique convenience store retailers and other similar types of retailers for over 43 years. Bill was born and raised in Shreveport Louisiana, served in the USAF in the early sixties after which he had several rock bands and traveled the US in the sixties. During that time, before he started his successful computer business, Bill spent the majority of his time working in radio, television and print advertising.
Bill got into novels while writing operating manuals for his computer products. One night he had a dream that resulted in him being compelled to putting it all down on paper. Bill was tired of reading the same old stories over and over again filled with horror, crime, and sensationalism, so Bill enjoys producing material that causes people to think outside the box, wanting not merely to make his readers think, but to actually get them involved with his characters.

Reviews of The Ladder Project by Bill Scott

You have subscribed to Smashwords Alerts new release notifications for Bill Scott.

You have been added to Bill Scott's favorite list.

You can also sign-up to receive email notifications whenever Bill Scott releases a new book.