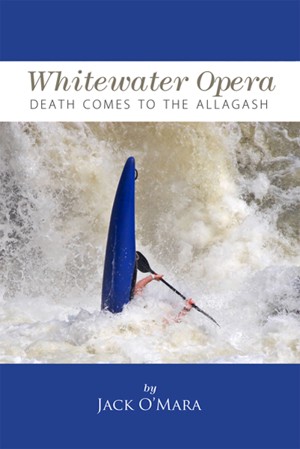 By Jack O'Mara
Fight to survive . . . or die. That’s the choice seven friends must face when their getaway romp on the Allagash turns into a disaster. In this gripping tale of adventure, love, and betrayal, three women must face raging white water and a marauding bear. The led must become the leaders to rescue the men they love . . . and survive the man they hate.

Jack O’Mara has been a career educator and now . . . a novelist with a pretty popular book. Dr. O’Mara has a Ph.D. from Nova Southeastern University and is more well known for his achievements in education. Among them, he was invited to the White House for a Rose Garden ceremony honoring the recipients of the National Schools of Excellence Award. His school also received an "America’s Best" Award by Redbook Magazine as one of the fifty best elementary schools in America. He has been a teacher, coach, principal, and superintendent of schools. O’Mara has also presented at a number of state and national conferences including the international S.A.L.T. Technology Conference. He, like several of his characters, is passionate about two things – fly fishing and educating children. He and his wife Anne share time between their two favorite spots - Damariscotta Lake in Jefferson, Maine and the Ipswich River on the North Shore 30 miles north of Boston.

You have subscribed to alerts for Jack O&#039;Mara.

You have been added to Jack O&#039;Mara's favorite list.

You can also sign-up to receive email notifications whenever Jack O&#039;Mara releases a new book.