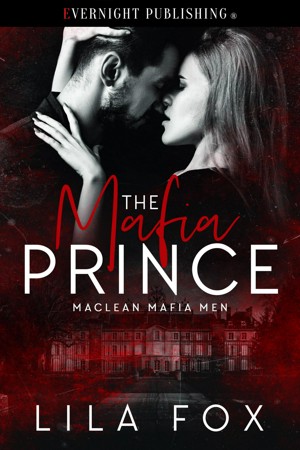 Rebeka lived her life day by day until her cousin betrayed her and sold her to a monster. Dominic rescues her but then hurts her so badly that she might have been better off with the monster.

Dominic fell for the beauty he’d saved. The problem was he didn’t like how deeply he felt about her until something threatened to take her away from him forever.
Available ebook formats: epub mobi pdf lrf pdb txt html
First 10% Sample: epub mobi (Kindle) lrf more Online Reader
pdb
Price: $3.99 USD
Buy Add to Library Give as a Gift
How gifting works
Create Widget
Tags: romance crime contemporary mafia bad boy new adult

About the Series: Maclean Mafia Men

Reviews of The Mafia Prince by Lila Fox

You have subscribed to Smashwords Alerts new release notifications for Lila Fox.

You have been added to Lila Fox's favorite list.

You can also sign-up to receive email notifications whenever Lila Fox releases a new book.