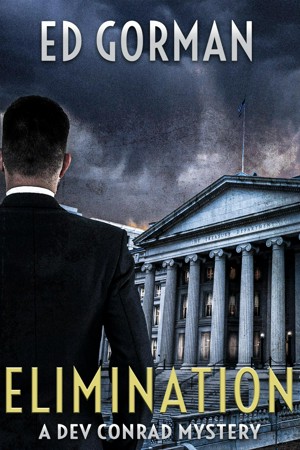 Political consultant Dev Conrad is doing his best to help secure a re-election victory for congresswoman Jessica Bradshaw, who's fighting a fierce battle with her far-right opponent, Michael Dorsey.

But the campaign is thrown into chaos when an assassination attempt is made on Jessica's life. She survives, and finds herself leading the race, but when the shotgun used in the shooting is found in the trunk of one of Jennifer's staffers, the assassination attempt suddenly looks staged to win votes.

Reviews of Elimination by Ed Gorman

You have subscribed to Smashwords Alerts new release notifications for Ed Gorman.

You have been added to Ed Gorman's favorite list.

You can also sign-up to receive email notifications whenever Ed Gorman releases a new book.