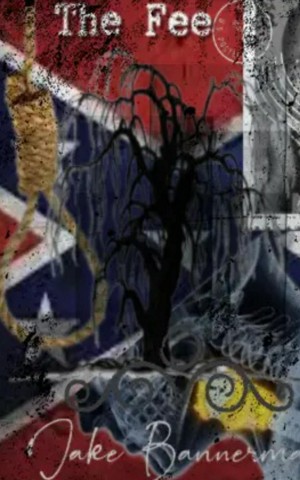 The Fee : Exposing the Invisible

Love isn't always black and white—the power of love on a collision course with the power of hate. More
Is love worth the fee?—the power of love on a collision course with the power of hate. When a man sacrifices everything to follow his childhood girlfriend, the hatred he left behind follows him. Segregation, desperation annihilation. A burned church dead bodies an explosion in small-town Vermont a burnt rebel flag and an old man telling you the stories behind it. The Fee is a love story of dedication and desperation that reminds us love is never wrong but it can cause a nightmare you will never forget. Sit back relax and try to figure out who is behind the devastation. Bannerman pulls this one out of his sleeve, moving away from his usually theological/psychological horror, and creating a quiet Hell that will make you furious and guessing.
Available ebook formats: epub
Price: $3.00 USD
Buy Add to Library Give as a Gift
How gifting works
Create Widget
Tags: thriller love and hate inter racial
About Jake Bannerman

Family of Dog: The Harvest

Self-described as bordering the edge of insanity and brilliance, an overthinking seeker of the reason the

As described by a peer

A creative genius with a penchant to both intrigue and, on occasion, punish curiosity (in the best way).

An incredibly thoughtful seer of the invisible since 2010, like a great bourbon, Bannerman's writing has

aged but fear not, he takes violent punches at social taboos, The Devil Nazi's Abortion, and of course, his

all-time favorite Religion as extreme as any of his previous work, including original artwork a severed

tongue indeed and a severed soul

Ten years after running on fire into the horror world, his fiddle finger raised in pride, burning for

all to see. Author jake bannerman went into hiding after 2 books were released Family of Dog:

The Harvest and The Pitchfork Diaries; left behind were the pitchfork diaries 2 and the 2

remaining books in the family of dog trilogy "Return to Sender'' and "American Reichmare."

Diving into married and fatherly Clark Kent mode. He abandoned his books and writing to pursue his first authentic love of music. He went on to host a successful syndicated podcast and run a pr company. Always searching for a desire and meaning, he stopped everything altogether, music the writing, and just became…... Always convinced his books were unlike any other, he went through a life change like the rest of the world. 2020 that put him in the mind frame of i'm just going to be me; damn, the consequence not that this wasn't his way already but this time around he was not listening to warnings or holding back punches

Reviews of The Fee : Exposing the Invisible by Jake Bannerman

You have subscribed to Smashwords Alerts new release notifications for Jake Bannerman.

You have been added to Jake Bannerman's favorite list.

You can also sign-up to receive email notifications whenever Jake Bannerman releases a new book.