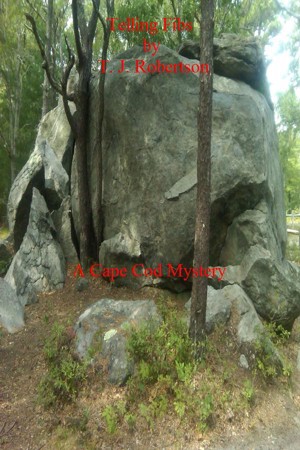 By T. J. Robertson
Danny Ferguson and his best friend, Soapy Mason, spot a knapsack full of money, hidden in a cranny of Hokum Rock on Cape Cod. Unfortunately they decide to keep it and a series of exciting and amusing encounters follow. In the end they learn the hard way that honesty is, indeed, the best policy.

Although I’ve made my living as a teacher and guidance counselor, I’ve always had a passion for writing. Thomas Bouregy and Company published my novel, Return to Paradise Cove, under their Avalon imprint. Two of my one-act plays, A Different Kind of Death, and The Flirt, have been produced, respectively, in New Haven, Connecticut, and Sacramento, California. Short stories of mine have appeared in commercial magazines such as Action and True Romance as well as in certain literary and professional ones.

You have subscribed to alerts for T. J. Robertson.

You have been added to T. J. Robertson's favorite list.

You can also sign-up to receive email notifications whenever T. J. Robertson releases a new book.