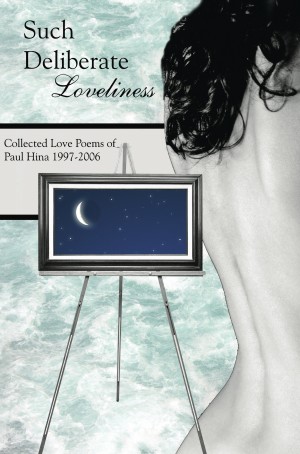 By Paul Hina
Such Deliberate Loveliness is a collection of love poems spanning 10 years. The collection contains poems of loss, of wanting, of falling in love, and of staying in love.

Paul Hina is the author of eight novels including Imeros, Let it Snow, and Double Play. His eighth novel, The Other Shore, was released in March 2016 with the story From the Boathouse in a single volume, The Other Shore: Two Stories of Love and Death. The Lavender Haze: Three Stories of Flirting with an Affair is his most recent release and includes three new stories. Hina has also published four collections of poetry including Such Deliberate Loveliness, Of Wanting and Rain, Origami Moonlight and Music Only We Know. Paul currently lives in Athens, Ohio with his wife, Sarah, and their two children.

You have subscribed to alerts for Paul Hina.

You have been added to Paul Hina's favorite list.

You can also sign-up to receive email notifications whenever Paul Hina releases a new book.