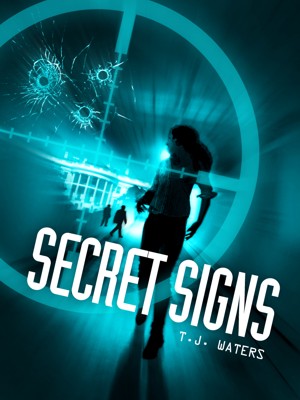 By TJ Waters
Rated 3.00/5 based on 1 review
A sign language interpreter is made the unwitting trigger for a political assassination. But can she save her code of silence, her daughter, and herself when the assassins come for her?
Available ebook formats: epub mobi pdf rtf lrf pdb txt html
First 20% Sample: epub mobi (Kindle) lrf more Online Reader
pdb
Price: $2.99 USD
Buy Add to Library Give as a Gift
How gifting works
Create Widget
Tags: political thriller sign language mystery suspense service dog deaf culture us secret service
About TJ Waters

Prior to becoming a spy novelist, TJ Waters was an undercover CIA officer, a sr. counterintelligence consultant, and a team chief at U.S. Special Operations Command. His CIA memoir 'Class 11' is # 2 on the agency's list of recommended reading for new employees.

When he's not writing mystery/thrillers he volunteers with the Ronald McDonald House Charities.

Secret Signs
A sign language interpreter is used as the unwitting trigger for a political assassination. But can she save her code of silence, her daughter, and herself when the assassins come for her? 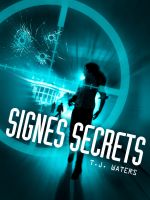 I found this to be an easy and enjoyable read. The plot develops suspense and interest well, and it is easy to have sympathy with the main characters, though the ending is rather over-complicated.

A slight moan - as someone with counselling training I was quite horrified by what the therapist (a minor character) says. This would have moved the story along just as well if it had been said by a non-professional character. The police also behave rather unprofessionally but hey! It's a story! If you want something with in-depth character development and realistic procedures then this isn't the book for you, but if you are looking for a fairly light adventure/thriller/mystery then give it a try. As a UK customer it cost me £1.97 and it is well worth a couple of quid.

On the technical side, several times when Heath appears, the font size goes really small, which has the rather amusing (but difficult to read)effect of the author seeming to whisper because he's in the secret service :) I don't know if that's a problem with the original or the download.

You have subscribed to alerts for TJ Waters.

You have been added to TJ Waters's favorite list.

You can also sign-up to receive email notifications whenever TJ Waters releases a new book.