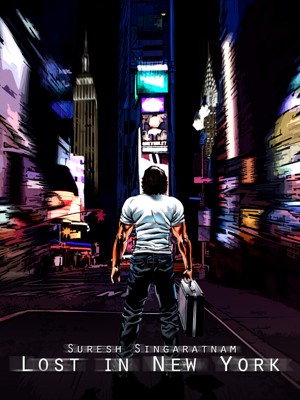 Suresh Singaratnam is a trumpeter of uncommon breadth - unique not only for the small crowd he inhabits as a virtuoso of both classical and jazz styles but also for the continuity and clarity of his voice across both idioms. When he began to study the trumpet at age nine, it never occurred to him that he might have to choose between the two.

Torontonian by way of Zambia (where he was born) and the U.K., Singaratnam boasts a background that defies classification as nimbly as his artistic taste. In eighth grade he asked a music teacher if she knew of anyone who played both jazz and classical trumpet at a high level and she steered him to Wynton Marsalis, two of whose records he promptly went out and bought. Suresh studied with Canadian trumpet virtuoso Norman Engel throughout high school, and even then exhibited an uncommon aptitude for the technicalities of the trumpet, besting pianists and string players alike to win the Scarborough Philharmonic Youth Concerto Competition at the age of 17. In his last year of high school he studied with Toronto Symphony trumpeter Barton Woomert, then spent a year at the University of Toronto studying with Chase Sanborn.

After one year at the University of Toronto Singaratnam transferred to Manhattan School of Music in New York City, a move whose tremendous impact on his life and psyche he chronicles in his recent album Lost in New York. Even though Singaratnam focused on the classical style in his early lessons (probably because the technique came most naturally) it was jazz trumpet he went on to study as an undergraduate. Suresh studied with jazz great Lew Soloff but continued his classical trumpet studies with the New York Philharmonic's Vincent Penzarella.

Applying for Manhattan School of Music's Master's program, Singaratnam switched hats again and was accepted with scholarship for classical trumpet. Orchestration studies with Paul Allan Levi and composition classes with Ludmilla Ulehla proved a powerful influence, and continue to inform his approach to composition. While in New York, Singaratnam sought the tutelage of Canadian Brass veteran Jens Lindeman and returned twice more to the artist whose records had fed his budding interest, Wynton Marsalis.

Singaratnam's dual album release in 2009 was the product of several years of germination. "Two Hundred Sixty-One, Vol. 1" is not an opening statement but rather an adult work, born of years refining technique and taste. Even the selection of repertoire bespeaks maturity, encompassing trumpet "standards" like Arban's The Carnival of Venice and Rimsky-Korsakov's Flight of The Bumblebee, Paul Hindemith's vast and varied Sonata for Trumpet and Piano and transcriptions from the violin and opera canons. Similarly,

Lost in New York", Singaratnam's all-original jazz album, was years in the making and literally narrates several years of the artist's life during his time in New York. The program is eclectic, ranging from intervalic and twelve-tonal to singable originals evocative of Strayhorn and Johnny Mercer. Listen to both records back-to-back and you'll be startled by their artistic coherence. Jazz and classical trumpet are idioms with different techniques, assumptions, and histories, and unlike some other dual-idiomist trumpeters before him (admittedly a small group) Singaratnam approaches each on its own terms. Still, an aesthetic thread conjoins them: more a matter of taste then of technique or sound.

You have subscribed to alerts for Suresh Singaratnam.

You have been added to Suresh Singaratnam's favorite list.

You can also sign-up to receive email notifications whenever Suresh Singaratnam releases a new book.