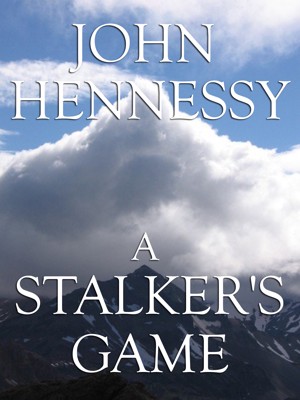 Born in 1988, John Hennessy became entranced by the world of fantasy and sci-fi at a young age, playing video games and reading books for many long nights/early mornings. He started writing his debut novel Life Descending during his junior year of High School in 2005. He wanted to write something different for fantasy readers, something without any stock copy/paste characters, supreme evil lords, who you never see and who are just evil because they are evil. A story without class-defined skills, mana potions, and the usual D&D adventure group out on the same old quest. He wanted to write a new story that gets away from the stale fantasies with farmer boys, blacksmith apprentices, and peasants who turn world heroes. Oh yeah, and he really wanted to get away from stories with prophecies and 'chosen ones.'

After he graduated from Western Washington University in 2011, he hired Sara Stamey, the editing/publishing professor at Western, edit Life Descending (The Cry of Havoc, Book 1), finally releasing his debut after six years of crafting, learning, rewriting, and absorbing caffeine as fuel so he could stay awake at the keyboard. Life Descending has since been praised by reviewers, even earning a finalist spot in ForeWord Magazine's 2011 Book of the Year Awards. Darkness Devouring (The Cry of Havoc, Book 2) has since been released in late 2012.

In 2012 he released At the End (The Road to Extinction, Book 1) as a self-published book. Having spent all his cash on Life Descending (sadly without return), the book went unedited by a professional editor. Despite this major flaw, At the End was well received by most. In February 2013, Permuted Press approached him with an offer to re-release At the End and publish the rest of the trilogy. A second edition of At the End (fully edited!) is forthcoming 2013.

John now lives in the Rose Lands of Portland, Oregon, with his wife Katherine, their furry feline Phoebe, and their two budgies Lola and Pablo. He is now at work finishing The Road to Extinction Trilogy. Visit his website at: http://www.johnhennessy.net

This was an absolutely fantastic read, even for someone like me who hasn't read Life Descending!

This short story is set in the world created in The Cry of Havoc: Life Descending just after the final battle in that book. If you've read the first one and you're eager to read more then this will have to fill the gap for now.

I'm not sure if the story would work without reading the first book, I loved that and I was eager for more so this definitely works for me and give this 4 stars.

We meet up with Tom Navo as a slave of the dwarves, he is given a chance to escape by taking part in a brutal seek and destroy game. The dawrves being the stalker's and the slaves being the prey. The odds are heavily stacked against the slaves and the dwarves are not playing fair, how will Tom do?

As a short story this works fairly well, but sometimes the language doesn't flow as well as it might. The introduction of Tom as the lead character is intriguing, but there are almost too many assumptions about the reader knowing this world - as if we had already read a full novel about this person. Not having read the novels, this makes the short story a little too stuffed with terms and allusions which I, for one, found distracting from the main storyline; but it would be interesting to know how someone felt about this story who had already read the novels.

You have subscribed to alerts for John Hennessy.

You have been added to John Hennessy's favorite list.

You can also sign-up to receive email notifications whenever John Hennessy releases a new book.