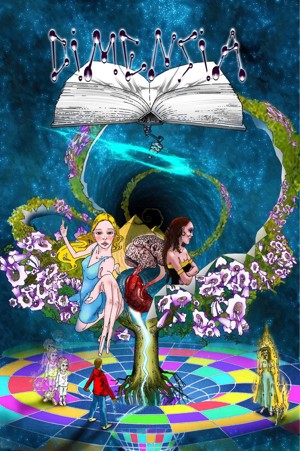 By Steven Thornton, Jr
Rated 3.00/5 based on 1 review
Dimensia explores spirituality, spiritual warfare, physics, meta-physics, and scientific theories. A new spin on an old way of thinking. More
Fisher is a young man who, faced with unspeakable loss and soul-crushing guilt, has just undergone his final year in high school alone with his thoughts beyond the reach and console of others. It isn’t until he comes solitarily face-to-face with himself that an interest in dimensions is ignited.

Finished with the establishment’s methodical presentation of course and curriculum, he moves to a new city, freshly emboldened to find truth in the edges of all that surrounds him. He quickly finds Comfort, the personification of empathy and beauty his soul has tirelessly sought to find and love. Then a harrowing encounter with an aged book shop-keeper forever opens Fisher’s eyes and a doorway into Dimensions. Soon he meets Truth and Order, two ethereal women that allow him to drink from The Tree of Life and gain further access into yet another dimension. It is here that Fisher's basic understanding and principles of the known and unknown are challenged and ultimately altered forever. Each further dimension promises unspeakable knowledge and graver responsibilities. He must choose to believe or not to believe, to accept or deny that which lies deeper than life and death. How long can he remain on the precipice between the Old and New Worlds without going mad, and must he forsake love for his Calling?

Believe it or not I came into this world much like you: naked, kicking and screaming. If that isn’t impressive, something else happened as a result of something else. This came as a surprise, and to my dismay, I was there, doing exactly that. Not much later, but later than that, this happened after that and as a result of the initial that happening, everything else ensued. Here I am today, tomorrow, and the next day, doing more of this and less of that. I don’t know, I don’t know, I don’t know. They all lived happily ever after – THE END 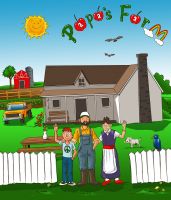 Great story but at times was hard to follow because of its gramatical qualities contributed to by basic spelling errors, poor punctuation, and its broken sentence construction.

The ideas behind the words were intriguing and I would be open to seeing what else the author has on the subject.

You have subscribed to alerts for Steven Thornton, Jr.

You have been added to Steven Thornton, Jr's favorite list.

You can also sign-up to receive email notifications whenever Steven Thornton, Jr releases a new book.