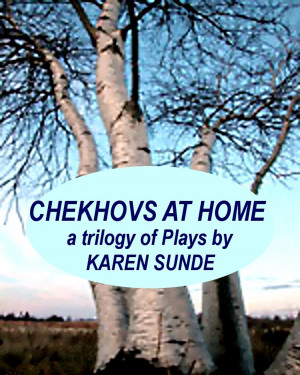 By Karen Sunde
Please God, No Wedding Or Shooting At The End!- Chekhov strives to write The Seagull, while characters from it, his own life, and Hamlet swim in his head.
Anton, Himself - Writing a love story after The Seagull flops, Chekhov darts between passion, family, and disaster.
Masha, Too - Irrepressibly seized by love, Chekhov's sister wrestles with whether to leave her brother's exciting life to marry More
“Please God, No Wedding or Shooting at the End has Chekhov and Masha on stage while he writes The Seagull under the influence of Hamlet … Sunde imagines Chekhov returning from a production of which he must now review (except that a new play forms in his mind. Surrounded by Shakespeare's characters plus creations of his own, Chekhov turns into . She also weaves Chekhov's own life into his creative process, as his friend Levitan's suicide attempts and seagull shooting as well as Lika's abandonment provide fodder for his new play. Emboldened, Trigorin even takes over and writes part of the play in which he appears. This hilarious yet also touching tour de force…ought always to accompany Chekhov's play.” Plays International

Masha, Too At the moment she is irrepressibly seized by love, Anton Chekhov's sister, Masha, must decide whether to give her life to marriage and a family, or to her brother's work, perhaps, to posterity. In her tender, funny, passionate fashion, she shares their vibrant existence, putting life against art. (Written as prologue for Anton, Himself)

Anton, Himself “Sunde opens the door for us upon that fascinating, tangled world of the writer in his most intimate moments of creating new work. ...what adds great richness to the underlying comedy is...that here (he) will turn his uncertain career around.” Roger Ellis, Editor.

An actor turned writer, Karen performed many leading roles Off-Broadway, and was Associate Director of CSC Repertory. Her plays have been performed Off-Broadway, in regional theatres, on a USA tour, and in eleven countries and seven languages. 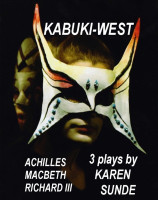 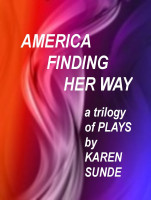 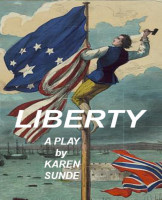 Reviews of Chekhovs At Home by Karen Sunde

You have subscribed to alerts for Karen Sunde.

You have been added to Karen Sunde's favorite list.

You can also sign-up to receive email notifications whenever Karen Sunde releases a new book.