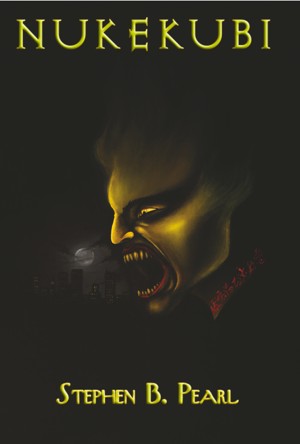 By Stephen B. Pearl
A new drug named Terror has hit the city streets,
claiming its victims by causing them to die of
unspeakable horrors. Ray McAndrues, a lifeguard and wizard, he discovers exactly what is
causing the gruesome deaths of innocents. A Nukekubi, a creature of Japanese myth, has come to feast on those Ray cares about. Can he stop it before it comsumes him, too? More
“…exciting…fast paced…you are going to enjoy Nukekubi.”
- Sizzling Hot Books

A new drug named Terror has hit the city streets,
claiming its victims by causing them to die of
unspeakable horrors.

Ray McAndrues, a lifeguard by profession, is not what he appears, for he can sense energies and perform magic. While doing a favour for his girlfriend and fellow mystic, Cathy, Ray discovers exactly what is causing the gruesome deaths of innocents when he witnesses a friend succumb to Terror's destructive effects.

Horrified, Ray believes he is the only one who can stop this ancient evil, for a Japanese goblin - a Nukekubi - has come to feast upon those Ray cares about.

In his pursuit, Ray is joins by two allies who have come from Japan to hunt the Nukekubi. With Toshiro and Kunio, Ray discovers he does not have to fight alone.

Stephen B. Pearl is the author of several novels, including “Nukekubi,” "Tinker's Plague," “Slaves of Love,” and "The Hollow Curse." He lives in Hamilton, Ontario with his cats and his wife, whom he is quite happy to know she doesn't pole dance.
For more information about Stephen and his books:
www.stephenpearl.com

Learn more about Stephen B. Pearl 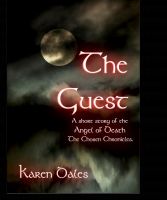 Reviews of Nukekubi by Stephen B. Pearl

You have subscribed to alerts for Stephen B. Pearl.

You have been added to Stephen B. Pearl's favorite list.

You can also sign-up to receive email notifications whenever Stephen B. Pearl releases a new book.