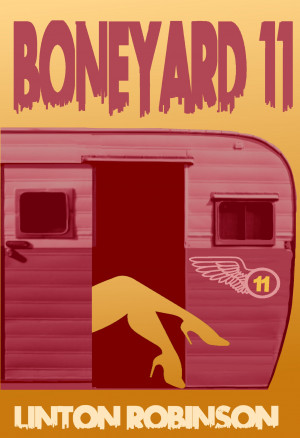 Rated 4.00/5 based on 1 reviews
"Pretty Woman" meets "The Godfather" in a border prison.
Convicted drug lord Gaspar lost his wife and family, but wants company and prison visits, so he arranges a marry with a beautiful call girl--but has no idea what he's getting into.
The sweet, gentle Nan steps up to being a wife--and when Gaspar is attacked and harried by Feds and gangs, she strikes back with spectacular fury. More
What’s a nice call girl like Nan doing in a place like the penitentiary?

1. When a divorced crime boss decided he’d like conjugal visits, she won the personality segment of the cattle call.

2. She’s safer in there than outside with the Feds and rival gangs trying to nail her.

3. Since he got battered into the hospital, she’s been trying to patch up his shattered family.

4. She’s starting to see the monthly trysts in the “boneyard” as a sort of haven from the cares of the world.

5. It’s a great place for planning her para-military raids against the MS-13 wildboys who threaten her husband’s life.

6. Irony. She’s finding it comes with the territory.

Our Nan is not your typical romance heroine.
She’s a high-priced take-out prostitute who marries the incarcerated border “Godfather” Gaspar for money and convenience, but gives him genuine affection and a fierce loyalty.
Authentically kind and sweet-natured, she reacts to threats with a cold-eyed, homicidal efficiency.
Desiring nothing but peaceful sleep, she detonates a war that shocks even veteran border cops.
While having lived on illegal sex trade since she was twelve, she is scrupulously honest and has never even been arrested.
And after living a life without love or sexual response, she finds herself falling for a handsome athlete--who is in charge of a Federal task force targeting her husband’s cartel.

But aside from the bundle of contradictions, Nan isn’t typical because she’s just not an ordinary person. Charming and gentle but all spring steel inside, filtering the world through her infectious sense of humor, capable of reaching out touchingly to a child but stepping up bravely to danger, thinking out of the box and ahead of the gangsters, Feds, killers and corrupt cops that suddenly surround her, Nan Gaspar is a woman to be dealt with, and to be remembered. And all she wants out of life is a good night’s sleep.
Download: epub mobi (Kindle) pdf more Online Reader
rtf lrf pdb txt
Price: Free! USD
Add to Library
Create Widget
Tags: romance crime prison california mexico noir godfather call girl border
About Linton Robinson

Born in Occupied Japan, schooled in Asia, now a 20 year resident of Latin America, Linton Robinson's status as a born outsider is reflected in his books.

Robinson worked as journalist for years, winning awards and placing articles in top American magazine and newspaper markets. This was followed by a brief career as a photographer, also with credits in top markets. He then moved into mailorder catalogs, with noted success, before switching to newspapers in Mexico and Guatemala.
His syndicated columns "Flesh Wounds" and "Weekend Warrior" were cult favorites in the nineties.

He is currently working on screenplays and doing novels.

Boneyard 11
"Pretty Woman" meets "The Godfather" in a border prison. Convicted drug lord Gaspar lost his wife and family, but wants company and prison visits, so he arranges a marry with a beautiful call girl--but has no idea what he's getting into. The sweet, gentle Nan steps up to being a wife--and when Gaspar is attacked and harried by Feds and gangs, she strikes back with spectacular fury.

Boneyard 11 is written by Linton Robinson and published by Adoro Books. The novel is approximately fifty two chapters and 123 pages in length including contents, author bio and bonus chapters.

Linton Robinson was born in Japan but has lived in Latin America for over twenty years of which he has worked as an English and Spanish journalist. Linton has also written Sweet Spot, Imaginary Lines, and Mayan Calendar Girls amongst other titles, he is also a screenwriter and has a TV series currently in development.

Rudely awoken at a ridiculous hour call girl Nan is about to be handed her next job. A job that asks something big of her. Accustomed to the life and world of whoring Nan is adept at knowing what men want, how to treat them as well as how their minds work. Not only that but she is knowledgeable of the drugs and arms world. Always treating clients the same Nan never expected that when she met Gasper in prison she would actually like him and she certainly wasn’t expecting the job to be to marry Gasper and meet with him on a regular basis in prison for their intimate encounter in Boneyard 11. However, if Nan is to prove her loyalty to her husband and if she is to gain the trust and respect of her husbands men then she is going to have to play the part of dutiful wife to the Godfather. A Kickass, no shit, kinda gal Nan is going to face a number of obstacles including a cop who fancies the hell out her and pushes every one of her buttons, not to mention betrayal in the ranks, and the gun totting Syco with a rather short fuse. When Gasper is attacked in prison and Nan’s own life is put in jeopardy she decides to up the game, alter the contract and take charge of her husband’s estate. Does she love him? Can she handle the world she has walked into? Or will she leave it all and go back to work? With a territorial fight brewing with Gasper behind bars ‘out of the way’ will Nan adapt to her situation and run with it or fall at the first hurdle?

Boneyard 11 is described as a cross between the movies Pretty Woman and The Godfather, and to some degree I would have to agree. The action never stops and the characters and locations are all colourful and aid in the progression of the story. However what I did find quite daunting was the fact that the story was fifty two chapters in length and there were no margins which meant the text was stretched to the limits of the page, this made the story feel much longer than its 123 pages even though some of the chapters are only a paragraphs length. Although the pace of the story is quite fast moving, between scenes I would say slow it down when reading in order to get your inner voice around some of the language used especially for the likes of the character named Syco. Being someone who knows little of the language and culture of Latin-America I would have to say unless you are comfortable and capable to adapt to this type of writing where culture is a huge influence if you still choose to read-on then take in every word whether you understand or not because the story itself is not just about the culture for there is an underlying current of hope to find that which was thought unattainable as well as loyalty and trust.

Although I did not understand some of the language used you do get an idea as to what is being said by what is being described. I did enjoy reading Boneyard 11 and would recommend both it and Linton Robinson to any reader over 18 years of age.
I give Boneyard 11, 4.5 stars.

You have subscribed to alerts for Linton Robinson.

You have been added to Linton Robinson's favorite list.

You can also sign-up to receive email notifications whenever Linton Robinson releases a new book.