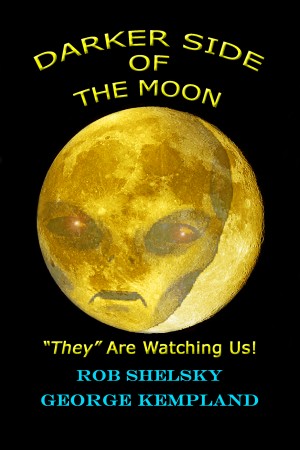 Darker Side Of The Moon

DARKER SIDE OF THE MOON “They” Are Watching Us!" is an entirely new approach to these subjects. Citing actual cases, and invoking the powerful Principle of Occam’s Razor, a renowned tool used by scientists the world over, the authors apply this same method to the above topics. In so doing, they arrive at some startling and disturbing conclusions.

Rob Shelsky is an avid and eclectic writer, and averages about 4,000 words a day. He has several novels to his credit and two anthologies, with two romances out now, a Regency romance, Verity, along with the sequel, Faith, and soon to come, a time-travel romance.

Rob has written science fiction articles for such magazines as The Internet Review of Science Fiction, numerous articles for AlienSkin Magazine, Neometropolis, Midnight Street (UK), Doorways, and other publications. Rob has had short stories published with Jim Baen’s Universe, Aberrant Dreams, AlienSkin, Gateway SF, Fifth Dimension, Continuum SF, Sonar4, Uncial Press, Planetary Stories, Pulp Spirit Magazine, Sex & Murder, and many more. He has a novella coming out in early 2010 with Aberrant Dreams Magazine’s first hardcover edition anthology, The Awakening. Rob’s novella, Avenger Of The People, will appear there alongside the works of such sci-fi greats as Alastair Reynolds, Ian Watson, Jana Oliver, Robert Madle, and just so many others. There is even an introduction by Jack McDevitt.

Rob has a short story, Green Waters, now out with Sonar4’s Phase Shift anthology, and a paranormal story, Light On The Moor, coming out with Smashwords and Amazon.com.

Now, Rob Shelsky is not only a writer, but a contributing editor for Currate.com travel articles, as well as being a reviewer for Novelspot. He is also a resident science fiction columnist for AlienSkin Magazine.

Although widely traveled and continuing to travel, Rob now lives in North Carolina. He enjoys contemplating ideas for new stories while watching the sunsets over the mountains and sipping a glass of red wine, preferably a decent Merlot.

Oh and check out this site for my Smashword books: 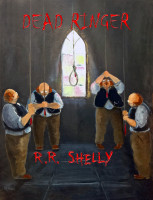 You have subscribed to Smashwords Alerts new release notifications for Rob Shelsky.

You have been added to Rob Shelsky's favorite list.

You can also sign-up to receive email notifications whenever Rob Shelsky releases a new book.