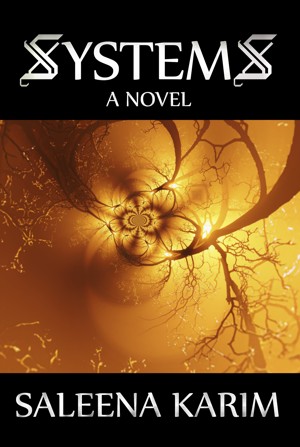 By Saleena Karim
Rated 5.00/5 based on 1 review
In a future world that has largely overcome the problems of the 20th century, a woman discovers she has ties to a British psychopath and a Brooklyn-born hacker, neither of whom she has ever met. The three are actually the surviving subjects of an artificial reincarnation experiment, and the victims of a conspiracy with ancient origins. More
2042: Humanity has witnessed the World Democratic Revolution and has left war, pollution and extreme poverty behind.

Elise Archer is a hard-nosed British policewoman with psychic abilities. She also happens to be a reincarnated terrorist in denial. When Peter Manner escapes from a local psychiatric hospital and begins a murder spree, Elise makes the chilling discovery that he too is a psychic … and in another life he was her friend.

Manner is on his way to America, where he and she both mysteriously disappeared thirty years ago. By complete coincidence the global police organisation GAILE has just reopened their case, and needs her help.

But is there such thing as a coincidence?

Follow Elise on her journey as she confronts the truth about her past life, why she was killed, and most importantly, why she was brought back to life.

Because soon she will come to question reality itself.

I'm from Nottingham, England. I've done all things writing from web design to editing to music composition. I've written two books on the founding father of Pakistan, MA Jinnah. My third book is a sci-fi visionary fiction novel exploring the possibilities of human potential and an ideal world. 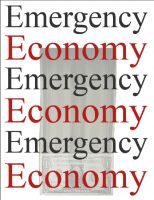 Reviews of Systems by Saleena Karim

SYSTEMS is described as a utopian, dystopian novel involving reincarnation and a computer program. I have not been an avid reader of either a utopian or dystopian novel... let alone both. So can this novel be both? By definition... absolutely! Especially the definition that says that a dystopian society is a "society in a repressive and controlled state, often UNDER THE GUISE OF BEING UTOPIAN."

My review MAY contain some spoilers but it is of my opinion that this book needs to be read to understand my review. Therefore, *small spoiler alert*

1) BEFORE OR AFTER reading my review... the trailer to this novel is excellent and will definitely engage you and grab you MUCH more than my meager review so please take a peek at it here : http://www.youtube.com/watch?v=4x4Cw6WolVo

2) This novel incorporates a little of the paranormal and the theory of reincarnation. As an individual, do I buy into either as actual true happenings? Put succinctly... I don't know. But I don't dismiss anything either. Neither of these two subjects are "pushed" into your face in this novel so if you are squeamish about either subject please to not let it deter you from reading this very well written, great story!

-- SYSTEMS -- A novel after my own heart. What I mean by this is that this novel takes one through a journey whereby the government appears to shine for those that it controls; especially a semi-futuristic novel whereby war and poverty are a thing of the past and a new and better government exists. But there are a small number of people who know and understand that all is not what it seems and, more importantly, something needs to be done to make a profound difference -- no matter how much it takes or how much sacrifice is necessary. Put another way, the plot of this novel reveals that it takes the characters KNOWING the past (and BEING PART OF the past) to find out how people can easily become victims of a system all gone wrong in the name of those who have control over the rest of the population and will go to any and all lengths to keep it that way.

-- SYSTEMS is also an exquisitely penned psychological thriller at your fingertips. Do any of us really know who is who in our deepest of hearts in this world of uncertainty? Including your friends, your family members, acquaintances and your neighbors? Do we really ever know WHO to trust especially factoring in the power of the government (of any country) and what lengths they will go to control their people? This topic has been one of many a novel -- but not written in the same league as it does in SYSTEMS!

-- The author reveals how one person's conspiracy theory is another person's belly laugh in this world but there is usually one truth to strive for when it comes to liberty and justice. In this novel we have a cast of characters coming to understand who they REALLY ARE to answer lifelong questions that have plagued them. These characters have ALSO lived past lives with questions needing answers. By having lived before, the cast of characters in this novel therefore have an edge to prove how "the powers that be" rewrite history and do it very well to suit their own purposes.

Just when "the powers that be" believe they have everything (and every ONE) under control along come their "experiments" from the grave (in this case the main characters of the novel) to try to get justice and let truth prevail. The author's illustration of character and conquest of accomplishing this makes this tale a true page turner!

[My] Highlights for SYSTEMS :

-- The protagonist (Elise Archer) is a fascinating character. She is a young woman who has already lived twice and has to discover the cruel nature of reality, the essence of her true self and the very foundations of good and evil.

*** HOWEVER, the other main characters are all male and just as exciting and intriguing by living and surviving and FIGHTING FOR liberty and justice. Therefore this novel will speak to male readers as these men fight for truth and get caught up in an adventure of yesterday, today and tomorrow. The novel also speaks volumes because the storyline covers the undercurrents of existence of which so many are totally unaware. A frightful realism and a moral imperative!

-- Police never, if ever, acknowledge that they often seek the help of a psychic aide in public but behind the scenes they often will give credit where credit is due.

Protagonist Elise Archer (a.k.a. Joanna Sinclair from a previous life) comes to America from England and works with the police department as both a worker in the field and a psychic aide. Psychometry (social sciences) is one of her specialized areas. She freely admits that she can't read minds or predict the future. However she CAN see, hear and feel everything from the suspect's point of view and can make brief connections with the victims as well. This certainly can come in handy for police work. But in ways that she can't understand Elise becomes a great asset to not only finding a killer but becoming part of a team of individuals who share past lives. These are the individuals who have been the "subjects/experiments" of a government conspiracy and need to find out sooner or later what the hell is going on before they lose their lives again!

You have subscribed to Smashwords Alerts new release notifications for Saleena Karim.

You can also sign-up to receive email notifications whenever Saleena Karim releases a new book.