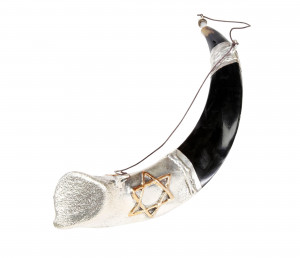 By Londa Hayden
Rated 4.67/5 based on 3 reviews
Do you ever wonder if your writing will ever go anywhere? Does God really have a purpose for your passion? This book will help the writer within you realize your true anointing in Christ Jesus and how to walk in it. Don't give up on your writing endeavors until you read this book. Get equipped with practical tips and steps to take for a greater confidence in yourself, your God, and your dreams. More
The Writer's Anointing will help Christian writers discover and realize their true anointing in Christ Jesus. Christian writers of all faiths and all walks of life will be encouraged with a renewed understanding of who they are and why they write. Presented with simple steps to take, the writer will learn how to walk in their anointing with confidence. This short book is an easy read loaded with Biblical truths and practical tips that will help equip the Christian writer to walk in their anointing. They will have a greater confidence in themselves and God's purpose for their life, and they will be excited to share their work with others. This book will inspire Christian writers to hone their skills and offer their very best in writing.
Download: epub mobi (Kindle) pdf more Online Reader
rtf lrf pdb txt
Price: Free! USD
Add to Library
Create Widget
Tags: authors anointing inspirational writing writers anointing anointed to write encouragement to writers keeping your writing dreams alive
About Londa Hayden

Londa Hayden is a native Texan now transplanted to Tennessee. She attended East Texas Baptist University and pursued a major in music. Using her skills in music therapy both in public and private schools, she worked with special needs children of all ages. Her talent carried over into children's worship ministry. After being a stay at home mom for several years, she worked part-time in the medical field. Besides writing, Londa also enjoys arts, crafts, theater, movies and volunteering for humanitarian causes. She's contributed to a local Christian writer's newsletter and organizes workshops and retreats as the president of Bartlett Christian Writers. As the Memphis Christian Writer Examiner for three years, Londa featured interviews with local authors and offered advice corners from Christian publishing leaders such as Sally Stuart, Terry Whalin, James Watkins, and Dr. Dennis Hensley. She contributed monthly author interviews and articles as a staff writer for Southern Writers Magazine. Her published works include Devo, an Upper Room devotional magazine for teens, "Popcorn Boy," the winner of the Blog2inspire contest, and "Date Pray Wait" along with several anthologies. A fundraiser project "In the Savanna," and a free ebook to writers titled "The Writer's Anointing." She also has a Christmas Children's book series, Candy Moon, and the sequel, Candy Moon Choo Choo. "Where Two Rivers Meet" recently retitled "Jasmine in Bloom," came in as a Fraiser Finalist and released September 2015 with a long awaited sequel to follow in this Washington's Woods series. Today, she enjoys spending time with her husband, three sons, two grandsons, and two dogs while camping and living in beautiful Tennessee.

Learn more about Londa by visiting her website at londahayden.com. 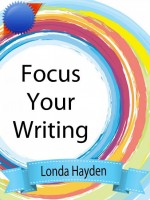 Reviews of The Writer's Anointing by Londa Hayden

This book is really more of a booklet, about 3000 words, and a free download on SmashWords. However, I felt it was worth mentioning, as it covers the basics of Why do we Write, and is it a Calling?

From a Christian perspective, Londa recounts her own journey of faith into writing, and the questions she asked, which it would do well for those of us who are writers to consider.Spiritual and practical, this booklet is a good resource for the Christian considering stepping out on faith as a writer.

This book is a true gift for those who have gifts to give. Its truths are both inspired and inspirational. Absolutely "Divine!"

This is a very inspiring book aimed at Christians who believe they are called and have an "anointing" to write. It offers very practical instruction which will help any writer identify their genre, build a platform, understand themselves better as a Christian writer, and get busy sharing their passion with the world. I highly recommend it. Dr. Lalita R. Smith, Inspired Writer

You have subscribed to Smashwords Alerts new release notifications for Londa Hayden.

You have been added to Londa Hayden's favorite list.

You can also sign-up to receive email notifications whenever Londa Hayden releases a new book.