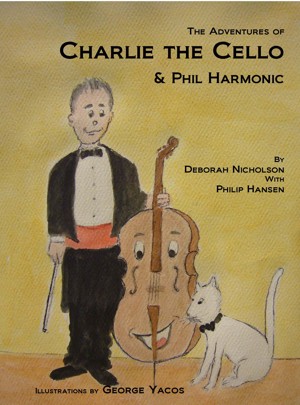 The Adventures of Charlie the Cello

By Deborah Nicholson
Charlie the Cello is a baby cello, just created in Portland, Oregon, who has just found his musician, Phil Harmonic. Now, off to his new home in a new city, he must face his fears and play in his very first concert.

Inside the pages of this outstanding read we meet, Phil Harmonic. Phil is looking for a special cello that he will play at the Concert Hall. After much looking he finds the perfect one and names him, Charlie. Phil takes Charlie home and begins to practice with him. Phil takes his time, is loving and caring as he takes Charlie into the very essence of the music. Soon the big day is upon them and Charlie is afraid. He knows there are so many things that could go wrong, but Phil's love and direction pull him through and Charlie does an outstanding job.

I loved this book for so many reasons. Definitely one was the exceptional way our author, Deborah Nicholson, gave the reader a tour and explanation of so many instruments. She worked different ones into the story line, telling what sounds they made, what they themselves were made of, where they came from, and the part they played in the orchestra. Each one was brought alive as they made their introductions to, Charlie. It was great and what a smart way to teach the reader. I also liked the way Ms. Nicholson showed the interaction between Charlie and Phil. Charlies fears and lack of confidence were quenched by the support, love and direction of Phil. Our author even allowed a mistake to be made during the concert and showed how victory can be present even when an error occurs. This act should definitely show adults that the same action towards children would help them overcome fear and lack of confidence in any area. The illustrations definitely brought the story to life.

All in all I am happy to recommend this read. I really enjoyed it and believe the plus is that it is also a great learning experience.

Most intruments in the orchestra are old, valued for the tone they have developed over the centuries. Charlie is a young cello though. A magical combination of wood and craftsmanship that created a lovely tone in such a young instrument.

Phil Harmonic is a musician in search of an instrument and when he is on vacation he sees Charlie and realizes he has found his cello. Together they make a great team.

Charlie flies to his new home, overcoming fears of the new things and new people he must face, and learning about trust, as he experiences stage fright while playing his symphony in the Concert Hall.

Deborah Nicholson has always loved the arts. She studied dance for over ten years. She took drama in school, working as playwright, stage manager and director. She studied music for almost 20 years and taught music for ten years. She moved into medical administration but kept up her love of arts by working and volunteering at the Calgary Centre for Performing arts, with the Calgary Philharmonic Orchestra, The Calgary International Children’s Festival, Alberta Theatre Projects and Theatre Calgary. Deborah worked as an usher, bartender, shift supervisor, secretary, receptionist, volunteer coordinator and craft designer for these various organizations.

The culmination of her career at the Centre was as House Manager for Theatre Calgary for several years. Leaving this position, and the longing to still go to the theatre every night, led to the creation of the Kate Carpenter Mystery Series (Severn House). There are currently five novels published in this series, available in eight countries around the world, and widely reviewed. Deborah has also completed a medical mystery/thriller, Mind Games.

To balance her career in the arts, she has continued to work in medical administration with various specialties, such as physiotherapy and rehabilitation, dermatology and cosmetic surgery, general practice and now chronic pain. This interesting field has led to her upcoming series of medical thrillers.

Since being published, Deborah has done several workshops and readings to encourage people who dream of writing to stop dreaming and start writing. She has joined several organizations, very interested in literacy and mentorship.

She has made numerous appearances on The Breakfast Show, Shaw Television and was a featured performed in “The Letters”. Deborah is a member of Mystery Writers Ink, The Alexandra Writers Society, Crime Writers of Canada, The Alberta Writers Guild, and Romance Writers of America. Deborah is a great supporter of charity and volunteerism and donates 10% of all profits of her novels to charity.

In 2009 Deborah wrote The Pain Diaries, a play based on her experience at the Chronic Pain Centre. She spent three years researching the topic, interviewing patients and experts in the field. The play won the CPS Pain Awareness Award in May 2009 and was then workshopped in December 2009. Two sold-out public readings happened in February 2010, followed by a one week run at the Grand Theatre in Calgary in May 2010. A movie adaptation of The Pain Diaries is currently in production. 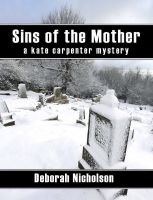 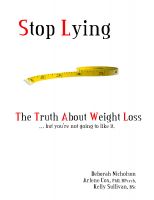 You have subscribed to alerts for Deborah Nicholson.

You have been added to Deborah Nicholson's favorite list.

You can also sign-up to receive email notifications whenever Deborah Nicholson releases a new book.