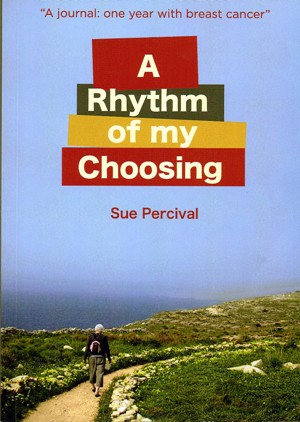 A Rhythm Of My Choosing

Part of the reason behind my wanting this story read, is as a salute to those who saw me through it; who loved me through it. Another is to demonstrate how we all need to question everything and not blindly accept what we are told, and what is being done to us.

And finally, it is about surviving the best way we can

Sue Percival was born and educated in North London, but spent her childhood in the wilds of Hampshire: ‘my mother was of gypsy stock, and I soon developed a strong affinity for the countryside and nature; from my father came a lifelong zeal for words and music.’

She moved to the North East shortly after marrying and began writing poetry and prose seriously in 2002. Sue currently enjoys the opportunity to share her passion for the written word with primary school children in the region, and her poetry has been recognised with several international awards.

She has published several collections of her poems, as well as a journal of a year spent battling breast cancer, and the British medical system.

She has been described as ‘a craftsman of words’.

You have subscribed to alerts for Sue Percival.

You have been added to Sue Percival's favorite list.

You can also sign-up to receive email notifications whenever Sue Percival releases a new book.