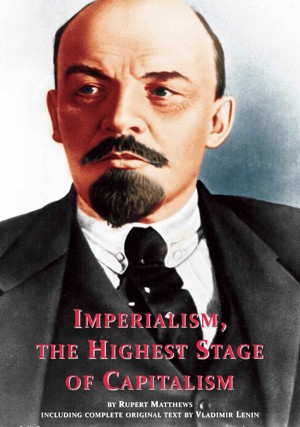 Imperialism, the Highest Stage of Capitalism - including full original text by Lenin

The work marked a new turn in Lenin's ideology and in his understanding of economics. For most of his life, Lenin had been concerned with events and conditions in his native Russia, but now he looked at events beyond the borders of the Tsarist state and sought to find confirmation of his politico-economic views in the world of colonial superpowers.

The version published here is the original 1917 version, translated from the Russian edition of Zhzni Znaniye Publishers, Petrograd, in June 1917.

Rupert Matthews has written over 150 books for different publishers, achieving significant sales in a variety of markets both in the UK and abroad. His works have been translated into 19 languages and have been shortlisted for a number of awards. Rupert has been a freelance writer for 20 years, working in-house at a major book publisher before going freelance.

Reviews of Imperialism, the Highest Stage of Capitalism - including full original text by Lenin by Rupert Matthews

You have subscribed to alerts for Rupert Matthews.

You have been added to Rupert Matthews's favorite list.

You can also sign-up to receive email notifications whenever Rupert Matthews releases a new book.