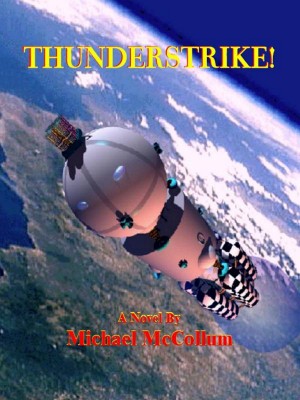 By Michael McCollum
Rated 5.00/5 based on 1 reviews
The new comet was a treasure trove of ice and rock. The water-starved Luna Republic and the Sierra Corporation squabbled over rights to the new resource. All thoughts of profit were abandoned when scientists discovered the comet on a collision course with Earth! As scientists struggled to find a way to avert disaster, all Earth waited to see if humanity had any future at all…

Michael McCollum was born in Phoenix, Arizona, in 1946, and is a graduate of Arizona State University, where he majored in aerospace propulsion and minored in nuclear engineering. He is employed at Honeywell in Tempe, Arizona, where he is Chief Engineer in the valve product line. In his career, Mr. McCollum has worked on the precursor to the Space Shuttle Main Engine, a nuclear valve to replace the one that failed at Three Mile Island, several guided missiles, the International Space Station, and virtually every aircraft in production today. He was involved in an effort to create a joint venture company with a major Russian aerospace engine manufacturer and has traveled extensively to Russia.
In addition to his engineering, Mr. McCollum is a successful professional writer in the field of science fiction. He is the author of a dozen pieces of short fiction and has appeared in magazines such as Analog Science Fiction/Science Fact, Amazing, and Isaac Asimov's Science Fiction Magazine. His novels (all published by Ballantine, Del Rey) include A Greater Infinity, Life Probe, Procyon's Promise, Antares Dawn, and Antares Passage. His novel, Thunderstrike!, was optioned by a Hollywood production company for a possible movie. His other books include The Clouds of Saturn and The Sails of Tau Ceti. His latest books, Gibraltar Earth, Gibraltar Sun, Gibraltar Stars and Antares Victory, were published for the first time anywhere at Sci Fi - Arizona, and Third Millennium Publishing. Several of these books have subsequently been translated into Japanese, German, Russian, and English (as opposed to American).
Mr. McCollum is the proprietor of Sci Fi - Arizona, one of the first author-owned-and-operated virtual bookstores on the Internet. He is also the operator of Third Millennium Publishing (http://3mpub.com), a web site dedicated to providing publication services to author/publishers on the INTERNET.
Mr. McCollum is married to a lovely lady named Catherine, and has three children: Robert, Michael, and Elizabeth. Robert is a financial analyst for a computer company in Massachusetts. He is married to Patty, who once licked the big salt crystal in the Boston Museum of Science. Michael is a computer specialist. Half a decade ago, he was a Military Police Specialist with the Arizona National Guard. He found the promise of “one weekend a month and two weeks a year” to have been optimistic in the post-September 11th world. He went on a year-long camping trip at government expense to a garden spot somewhere between the Tigris and Euphrates Rivers, from which he returned safe and sound. Elizabeth is a graduate of Northern Arizona University and married to Brock. They live in Washington, D.C. 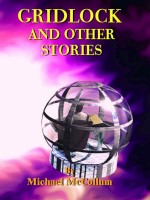 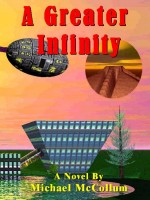 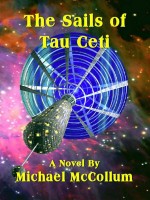 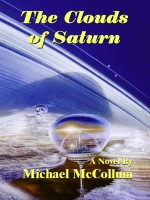 Very well written story with enough facts, math, and astrophysics to engage those who like hard science with their fiction, yet soft enough for me not to be left too far behind. Great read!

You have subscribed to alerts for Michael McCollum.

You have been added to Michael McCollum's favorite list.

You can also sign-up to receive email notifications whenever Michael McCollum releases a new book.