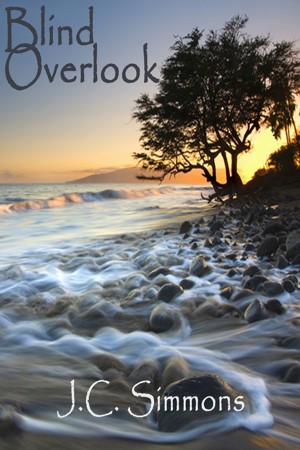 By JC Simmons
Blind Overlook (FULL VERSION): A beautiful, enigmatic young woman who owns an art gallery in New Orleans hires Jay Leicester (pronounced "Lester") to travel to Maine where a body has been found fitting the description of her brother. Delving into this situation leads Leicester straight into a confrontation with the most powerful Mafia figure in the United States and many suspicious locals. More
Jay Leicester (pronounced "Lester") is a retired airline pilot, retired because he could not stand the bureaucratic web the government spun over the aviation industry, and partly because anyone with the price of a bus ticket could fly on the airlines which resulted in overbooking, overcrowding, and near chaos on every route. Raised in a family of Judges and police officers, the only thing he knew to fall back on was the law. Opening his own private investigation business was a natural evolution, especially since he had trouble with authority, and could work outside the constraints of legalese. Handling mostly aviation related cases, recovery of stolen aircraft, investigating drug-hauling pilots, and helping set up corporate aviation departments kept him busy.

In Blind Overlook we find Leicester doing a favor for an attorney friend and taking a case far removed from aviation. It involves something he knows nothing about, the art world. A beautiful, but enigmatic young woman who owns an art gallery in New Orleans hires him to travel to Maine where a body has been found fitting the description of her brother and partner in the gallery. He has not been heard from and the young lady grows concerned as he was traveling with four hundred and fifty thousand dollars in cash with which to buy a collection of work by an artist named, Rockwell Kent. Delving into this situation leads Leicester straight into a confrontation with the most powerful Mafia figure in the United States, a local detective, a police sergeant, local fishermen, and a friendly, but suspicious waitress at a local caf . The entire populace of the small community seems involved in the murder, the missing brother and his money. Maine coastal locals and offshore islands provide a unique setting for a powerful work reminiscent of Ross MacDonald or John D. McDonald. Character driven and plot oriented, this is a must read for the serious Mystery/Thriller 'aficionado.'

There are a total of 10 ebooks in the Jay Leicester Mysteries Series by JC Simmons:

JC Simmons is the author of an Ernest Hemingway biography, several short stories and ten critically acclaimed serial mystery novels, known as the "Jay Leicester Mysteries Series". Included in the series are: Blood On The Vine, Some People Die Quick, Blind Overlook, Icy Blue Descent, The Electra File, Popping the Shine, Four Nines Fine, The Underground Lady, Akel Dama, and The Candela of Cancri, all of which have been recently re-released as ebooks by Nighttime Press LLC.

From the Author's mouth:
My flying career and writing in general was inspired by a single book titled, Fate is the Hunter, by Ernest K. Gann. Writing specifically as a style was manifest due to a single book titled, Ernest Hemingway: A Life Story, by Carlos Baker, Hemingway’s official biographer. A friend and Emergency Room doctor, Edgar Grissom, who would later publish the definitive bibliography on Hemingway, Ernest Hemingway: A Descriptive Bibliography, loaned me his copy of Baker’s bio one summer back in the early 70s. The rest, as they say, is history.

During the next few years, I read everything by and about Hemingway. Never has a writer influenced me more. My first foray into the world of letters was to be about Hemingway. John Evans, owner of Lemuria Books, and my mentor in all things literati, pointed out that there were literally hundreds of bios on Hemingway. However, a scholarly study on the man and his work had never been done in a Q&A format. So was born the “Workbook.”

Evans, Grissom, Evan’s store manager, Tom Gerald and his assistant Valerie Sims, all collaborated on the manuscript. It took two years to finish. I learned much on the journey.

It was from this endeavor with the Hemingway bio that emerged the Jay Leicester Murder/Mystery series. Even the name Leicester came from Hemingway’s brother, who also published a bio, My Brother Ernest Hemingway, in 1961.

Hemingway once said he “learned to write landscapes by looking at the paintings of Cezanne in the Louvre in Paris,” and “that it’s not how much one puts into a book, but what the writer leaves out that makes the story.” From him I learned how to write true dialogue, and how to add the sights, sounds, and smells so that the reader feels he is there. While I did not try and copy his style, thousands have tried and failed, I did take what he offered and used it well, I hope. You the reader will make that determination.

J.C. Simmons was born, raised, educated, and stayed in the great State of Mississippi. He is a retired Airline/Corporate pilot and lives with his wife on the family farm in Union, Mississippi where he is working on a autobiographical work detailing his life and times as a pilot. 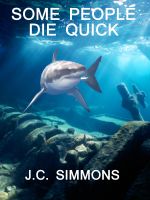 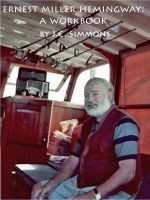 You have subscribed to alerts for JC Simmons.

You have been added to JC Simmons's favorite list.

You can also sign-up to receive email notifications whenever JC Simmons releases a new book.