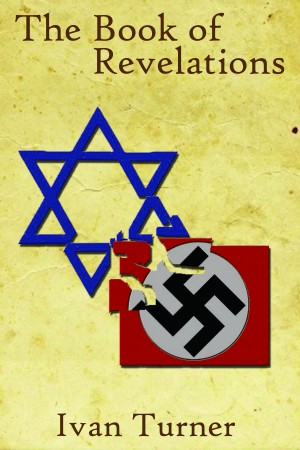 The Book of Revelations

When a psychiatrist discovers a way to see into people’s past lives he becomes judge and jury. Seeking the advice of clergymen, he meets Rabbi Guetterman and discovers that, in his past life, he was of Adolf Hitler. This discovery sparks events that push the limits of society, test the bounds of faith, and put the rabbi in mortal danger. Because when the Jury is after you, there is no escape.
Download: epub mobi (Kindle) pdf more Online Reader
rtf lrf pdb txt
Price: Free! USD
Add to Library
Create Widget
Tags: religion nazi past lives hitler jew
About Ivan Turner

A child of the movies, I was always consumed by fantastic stories told by others and translated into adventures to be retold by me through the action figure medium. As I grew older, I put the action figures away and moved into the realm of role playing. Though I never outgrew role playing, I certainly don't have the time for it anymore. Since I was eleven years old, I've been pouring almost every ounce of creative energy I have into writing.

I graduated college in 1993 with a degree in computer science. I tried my hand at programming for a couple of years and found it pretty unsatisfying. I later became a partner at a comic book store, where I spent several years. Though it wasn't a financial success, the experience I gained from running the store and the people that I met (many of whom I'm still in touch with today) was priceless. After leaving the store, I settled into a career of teaching. I still teach at a public high school in New York. Ironically, I've picked up computer programming again, which is what I mostly teach.

I've been writing the whole time.

I released my first book electronically in 2010. Forty Leap was a turning point for me in both style and story building. The Book of Revelations, which was written earlier but released later, was sort of a midway point between the writer I was and the writer I've become. I experimented with a very odd style and a story that employed diverse characters and controversial situations.

In September 2010, I released the first installment of Zombies! Zombies! has been a tremendous success for me that came very close to being made into a television series. Since Zombies!, I have written a five part miniseries called Castes and have been working on developing tabletops games, the first of which, ApocalypZe, was published in early 2014.

Reviews of The Book of Revelations by Ivan Turner

You have subscribed to Smashwords Alerts new release notifications for Ivan Turner.

You have been added to Ivan Turner's favorite list.

You can also sign-up to receive email notifications whenever Ivan Turner releases a new book.