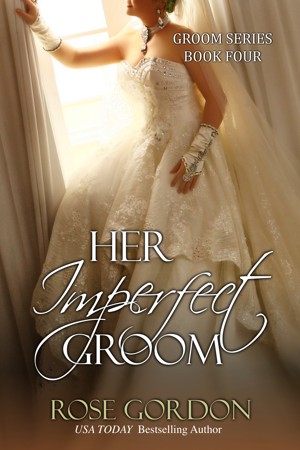 Rated 4.67/5 based on 3 reviews
Despite his three engagements, the thrice-jilted baronet, Sir Wallace Benedict, has trouble when it comes to those of the fairer sex.

Twenty years old and still unmarried, Edwina Banks, has taken it into her mind to see that Sir Wallace get his much-deserved and long awaited happily-ever-after.

Because truly then, she can find hers, too...

Or can she? More
Upon their first meeting, seventeen year old Edwina Banks loses her heart to the handsome, Sir Wallace Benedict. She then spends three years doing everything in her power to see him again only to learn a devastating truth: he still holds a tendre for his former love interest—Lady Chatterfield.

Disappointed but not defeated, Edwina forms a plan to help Sir Wallace gain his much-deserved and long awaited happily-ever-after by winning the object of his affection’s favor. For truly then she can put aside her feelings for him and pursue her own happiness.

Despite his three engagements, the thrice-jilted baronet, Sir Wallace Benedict, has never had an easy time charming those of the fairer sex. Having been deceived and used more times than he'd care to remember, he's erected a wall around his heart and is skeptical of everyone. Everyone except one Miss Edwina Banks, that is. Edwina is a mystery which has held him captive since their first meeting. So when she offers to give him advice for how to conduct a courtship that will end with the most favorable result: marriage, he agrees without hesitation.

By far the best in the series!

Her Imperfect Groom by Rose Gordon
Book 4 in the Groom Series
Sir Wallace has some particular idiosyncrasies about him, I find it makes him the most endearing character. This poor guy has been engaged three times and each time the woman married someone else. The last time was the closest as he was about to speak the vows when the woman's true love came to the rescue. He finally has a chance to woo the gal who caught his eye three years earlier, Edwina Banks, but it's a bumpy road for him. There are misunderstandings and mostly two women from his past keep showing up and interrupting.

Edwina Banks wants nothing more then to marry Sir Wallace. His odd behavior is nothing new to someone who grew up with Alex as a brother. When a misunderstanding has Edwina believing he loves another she comes up with a plan to help Wallace learn how to court a woman. Edwina has a secret of her own as well that she has even managed to hide from her family.

This book will have you rooting for Sir Wallace and Edwina while it may have you fuming at the antics of the other two women. We get to see all the beloved characters from the previous book as well. I found this to be a great addition to the Groom's series and I daresay that Wallace may have tugged on my heartstrings a bit more than anyone else. We also get to know the mischievous twins, Elijah and Henry, much better.
**Sexual situations within marriage.