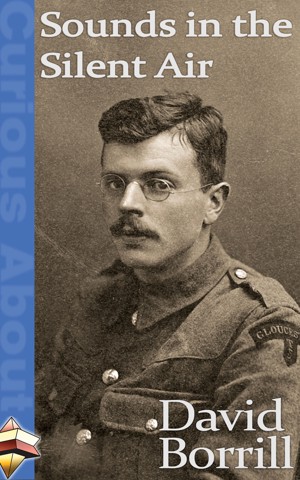 Sounds in the Silent Air

By David Borrill
Reflections on the impact of the First World War on the creative soul of English music. More
‘Sounds in the silent air’ takes it title from a song by Ivor Gurney (1890 –1937). He was one of a number of English composers who fought in the First World War, alongside Arthur Bliss and Ralph Vaughan Williams. How did their experience affect the music they wrote and what impact did it have on their creative soul? This eBook reflects on these issues.

Selected works by Gurney, Bliss and Vaughan Williams will be contrasted with music from composers of an earlier generation including Stanford, Parry and Elgar.
The text includes musical examples and selected recordings for the reader to explore the pieces further.

Reaching 50 was major milestone in David Borrill’s life. If he was going to find an outlet for his creativity, then it had to be now. As a passionate lover of classical music, he started singing lessons in 2008 and achieved Grade 4 in 2011. He also began studying music theoryand is currently (November 2011) anxiously awaiting his Grade 5theory exam results!

He is active member in a number of vocal groups in his native Hull and a keen member of East Hull Harriers.

‘Sounds in the silent air’ is his first e-book and combines his love of English music with a long-standing interest in the First World War. In1999 he studied the military career of his great uncle, killed in 1917 during the Third Battle of Ypres.

Engaged to his partner Katharine, David lives in a small cottage in the outskirts of Hull in a village with many family connections.

He hopes to continue his writing career with a short story for
children set in the Second World War, involving a teacher working as a spy, secret missions to Sweden, gun boats and ball-bearings!

You have subscribed to alerts for David Borrill.

You have been added to David Borrill's favorite list.

You can also sign-up to receive email notifications whenever David Borrill releases a new book.