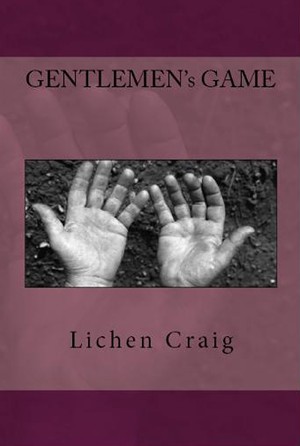 Rated 5.00/5 based on 1 reviews
Young playwright Greyson Foster stumbles into danger when he joins the game that three millionaires play in secret. As he feels himself drawn into the web they weave, he will risk his heart, his safety and his sanity, before he finds his way to fulfillment. More
When young playwright Greyson Foster agrees to attend a party at the penthouse of a millionaire, he has no idea how profoundly it will change his life. His journey will take him into spaces in his mind he never knew existed, bring him face-to-face with needs he never knew he had, and challenge him to travel to the precipice of lust, revenge, and love. From their first meeting, the powerful and charismatic Jack Miles weaves an enticing web around Greyson, drawing him into the dangerous game three millionaires play in secret. But Jack's personal life is complicated and his demons are many, and as they strengthen they threaten to destroy all that Jack holds dear - including Greyson.

Lichen Craig lives at the foot of the Rocky Mountains with four large dogs. She has been writing professionally for over 25 years, in the areas of veterinary medicine, wildlife, and epidemic disease. "Gentlemen's Game" is her first novel.

I read a lot of "sad" and "dramatic" books but they usually don't drive me to tears like this one did. The relationship being developed is both believable and normal, despite the interesting circumstances in which it starts.

The first time I heard about the book was on the Gay Sex Podcast where it was mentioned in an interview with the author where it was said that the book generated some controversy (if I remember correctly) because it depicted men cheating. I don't remember anyone mentioning the graphical, brutal and explicit rape scene, which I guess says something about our society.

Despite that, the book is very well done and the rape is actually dealt with appropriately. It's not used a cheap device, but rather as a major trauma (the way it should be). I don't agree with Grey's choices at the end, but I can't really call them unrealistic since many victims raped as part of domestic abuse do return to their abusers.

The book does contain a happily ever after, which I guess is good to end on a high note. More importantly, it makes the reader think, what they would do in such a situation, why they feel a certain way about a character's choices, etc and that is extremely important in a book.

No technical failures of note, only the occasional typo.

You have subscribed to alerts for Lichen Craig.

You have been added to Lichen Craig's favorite list.

You can also sign-up to receive email notifications whenever Lichen Craig releases a new book.