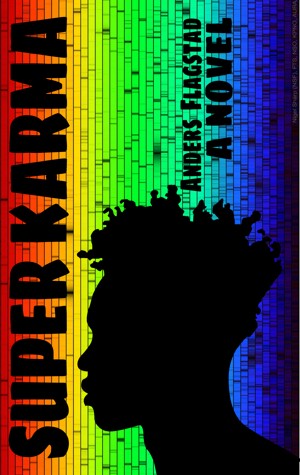 Anders lives as does Thoreau’s mass of men, a life of quiet desperation - sometimes less quiet, sometimes less desperate, but a life nonetheless. That’s what you have to remind yourself, when you least believe it, that you are, actually, living your life, and that it is quite the accomplishment, in and of itself, and that you should give yourself a pat on the back occasionally for doing it as well as you do, for as long as you have.
There are many who never will make it as far as you’ve gone, and none who have lived what you have lived, so every once in a while, remember, it’s no sin to celebrate yourself, and give the desperation a rest. It will always be there. You can pick it up and shoulder it anytime you want and start walking again. Setting it down doesn’t mean you’re getting soft. It just means you’re setting it down. Try it, you’ll see.
But maybe, one time, at a point of self-celebration, you’ll put the desperation down, party, pick yourself up afterwards and start walking and realize you have more energy and more (to use a four letter word) hope - that you’re walking with a spring in your step and you won’t know why and you don’t want to know why. It won’t even dawn on you that you’ve left something behind, that you lost something you thought you were going to have to lug behind you for the rest of your life – yes, your desperation. You won’t be desperate and it will feel strange – until you remember where you set your desperation down - and you go to retrieve it - but, with any luck you won’t remember – and never will – and from that point onwards, or at least for a while, without your desperation, you’ll no longer be one of the mass of men, you’ll just be you, yourself, a woman or a man who is alive, in the universe and walking about, here and there. And that’s all
That, at least, is the goal of Anders. Living in the first, frantically social and riotously connected decades of the 21st century, where the desperation flows as easily as the texting and maybe even easier, and is almost as unstoppable. Almost.

You have subscribed to Smashwords Alerts new release notifications for Anders Flagstad.

You have been added to Anders Flagstad's favorite list.

You can also sign-up to receive email notifications whenever Anders Flagstad releases a new book.