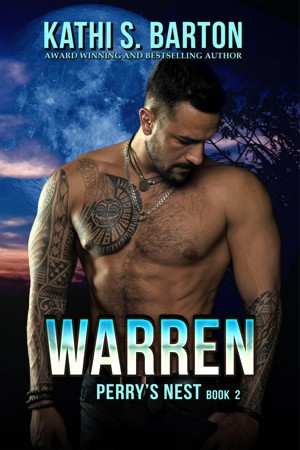 I woke up one morning and decided to give play time to the people in my head who were keeping me awake. Little did I know that they would be so relentless and want their time right now! I wrote for the pure joy of it and to entertain my family and friends. But mostly it was to get more than an hour of sleep without a story playing out. Of course, the more I write, the more they want. So…well, as a result of sleepless days (I work through the night as a gun toting grandma – nope not a vigilantly but an armed security guard) I have lots of stories written.

Hello! My name is Kathi Barton and I’m an author. I have been married to my very best friend Sonny for at times seems several lifetimes – in a good way, honey. And together we have three wonderful children and then the ones we brought into the world - Paul and Dale Barton, Jason and Wendy Barton and Danielle and Ben Conklin. They have given us seven of the greatest treasures on Earth. They don’t live at home seven days a week! No, seriously, seven grandchildren – Gavin, Spring, Ben, Trinity, Sarah, Kelly and Kian.

About the Series: Perry's Nest

I would admit that I expected more from Perry's nest considering the author and price of the books. My mistake was buying both books at the same time.

Both stories had no flow and keft you confused at best, it was like different people wrote different pieces and someone with no idea of what the story was about joined them together in no particular order.

I had to go back a few times to make sure I knew who was speaking or what was happening as it was not clear most times. There were characters and scenes that had no use or relevance to the Hamish or Warren stories. What was Hamish supposed to do in book one? Oh after a lot of irrelevance he became the vampire king, the end. Of what use were the fairies, Cal, Ruby, Rosie and a few of the other characters to Warren?

What exactly is Perry's nest about? Because I can't tell you after reading the two books.

You have subscribed to Smashwords Alerts new release notifications for Kathi S Barton.

You have been added to Kathi S Barton's favorite list.

You can also sign-up to receive email notifications whenever Kathi S Barton releases a new book.