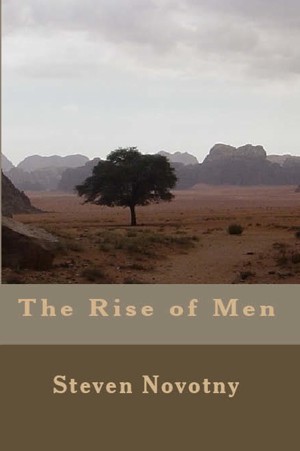 The Rise of Men

By Steven Novotny
The world has order. The Archen ensure it. Through conceded technological and intellectual superiority, Archen Wardens have bridled the vicious nature of men. A thousand years of peace has endured. And now, humanity has had enough.

Through a carefully staged event, a cabal of men reveals the latent power of humanity. The myth of inferiority is shattered and humans demand a new world order.

Steven Novotny was raised in Florida where he spent his youth riding motorcycles and horses through the swamps surrounding his rural home. Though deemed a “gifted child”, Steven found himself beginning his adult life at the age of sixteen, following multiple self-inflicted life decisions. Twenty some years later, he is a Lieutenant Colonel in the US Air Force and a college professor. He possesses multiple degrees, including a PhD, in engineering physics, aerospace engineering, and astrophysics. His avant-garde path to success has provided a wealth of experiences that he continuously draws upon in his writing. He is currently working on his fifth novel, making a small excursion from science fiction to explore magical realism.

You have subscribed to alerts for Steven Novotny.

You have been added to Steven Novotny's favorite list.

You can also sign-up to receive email notifications whenever Steven Novotny releases a new book.