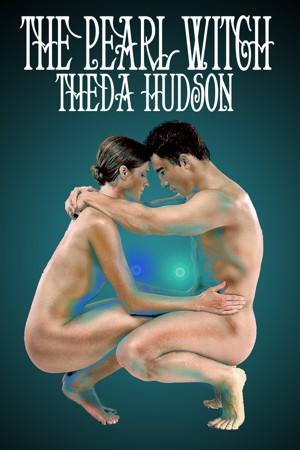 Good news. Phillip, the very handsome sex magician, takes on the task of teaching her.

Bad news. When she falls in love with him, but he refuses to admit he loves her even though they make hot and potent magic together.

More news. The other man, actually an alien, begins to teach her to use her powers through S/m and bondage, and wants to use her to open a door between universes to let his people flood in.

Worse news. He tried it with her mom and she died preventing it.

Tarin Peterson's sex life takes a turn for the surreal when she begins climaxing by shooting blue bolts of energy from her hands. These are serious releases of energy, ones that burn down houses or take down small planes.

Before one can suspect a case of universe's worst 'hot flashes', the story shifts from sexual comedy into a story with real stakes. Tarin's one of a very few gifted individuals who can manifest and manipulate sexual energy, and there are those who want to control and use it.

The book follows Tarin's attempts to control and utilize her power - for me, it was a highly entertaining variant on what the X-men's Cyclops must have had to go through as a teen - and how she deals with the two main men in the story. One's a hunky sex magician who has her best interests at heart. The other secretly wants to use her power to facilitate an alien invasion!

You have subscribed to alerts for Theda Hudson.

You have been added to Theda Hudson's favorite list.

You can also sign-up to receive email notifications whenever Theda Hudson releases a new book.