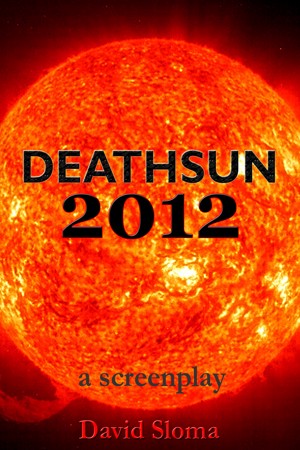 By David Sloma
Four friends gather in a remote house to wait out "the end of the world" - but they are not alone! Supernatural forces are close by, as the veil between the worlds is thin at this time of universal transformation, and the great battle of Revelation, of good vs. evil, is yet to begin. An original screenplay.
Available ebook formats: epub mobi pdf lrf pdb txt html
First 10% Sample: epub mobi (Kindle) lrf more Online Reader
pdb
Price: $4.99 USD
Buy Add to Library Give as a Gift
How gifting works
Create Widget
Tags: angels demon apocalypse conspiracy angel demons revelation 2012 mayan emf pollution mayans conspiracies orgonite emfs
About David Sloma

David Sloma is the author of the highly-rated D.U.M.B.s (Deep Underground Military Bases) series of novels, now going into book 7. His short story Cyber was first published in the defunct Alien Skin Magazine. He's also been published in a variety of other publications, magazines, and newspapers over his 30+ years as a writer, and won some awards.

He's given many live readings (some on Halloween) and was a runner-up in a "poetry slam" where he had to write a poem on the spot to the given topic, then recite it on stage - talk about pressure! He's written screenplays (features and shorts), some of which have been made into short films, videos, and documentaries that he's directed. For more see: www.davidsloma.com

Reviews of Deathsun 2012 - A Screenplay by David Sloma

You have subscribed to Smashwords Alerts new release notifications for David Sloma.

You have been added to David Sloma's favorite list.

You can also sign-up to receive email notifications whenever David Sloma releases a new book.