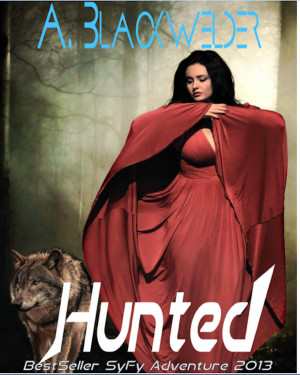 By A. Blackwelder
Rated 4.83/5 based on 6 reviews
April enters her Sophomore year at the university of Alaska, only to discover she is hiding something inside of her, something the rest of the world believes to have died out. Will she survive the hunt? More
Best Selling Author A. Blackwelder
HUNTED
INVASION
INSURGENT
SHIFTERS
HYBRIDS

When April enters her Sophomore year at University, she thought Robert might be the love of her life, but as she discovers, she is hiding something inside her, something the rest of the world believes to have died out. She struggles with who she was and who she is becoming as she learns of a family she never knew existed and of enemies she will have to outrun, outfight or outwit to survive. As April embraces her new identity, will she have to leave the life she loves behind?

"This is a fast-moving story, never a dull moment. I thoroughly enjoyed every moment of it.” -Imogen Rose (Author of Portal Chronicles)

"This story starts out pretty much along the same line that many of the young adult books today do…Usually it’s a vampire or a shifter. Well, it is a shifter ---of a different kind. Blackwelder manages to take an oft used hook and weaves her own awesome story that was well worth your time……This book kept me flipping the pages till I got to the amazing end." -Lisa Richards

"The first thing I liked about this book was that it opened with a very detailed description of the world in which it will take place. While some would argue that these are things best left built into the body of the novel, it reminded me of the opening to Fellowship of the Ring." -Bernard Gooddreads

"The Hunted of 2060 is much more than the common paranormal romance novels that are popular right now...there was more focus on deeper topics like prejudice and betrayal...It was actually refreshing." -Cassie (Goodreads)

"April was one of the strongest herione's I have read. You could feel her struggle between to worlds. Not only being with being a hybrid. She also struggled with making the right choice in relationships. " -Cleverly (Goodreads)

A indie writer of paranormal and syfy

Learn more about A. Blackwelder 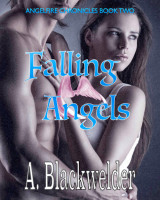 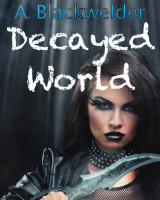 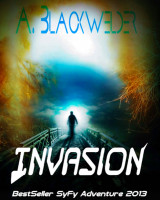 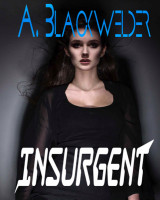 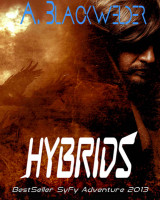 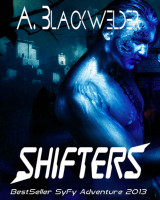 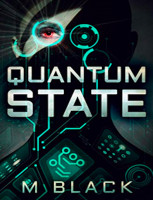 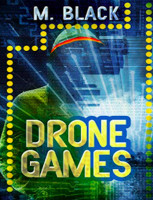 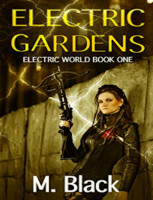 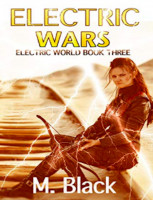 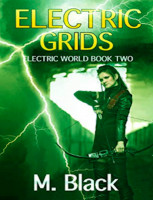 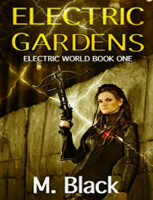 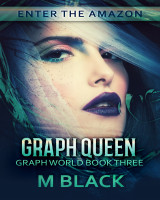 good story. but the militia must be pretty dumb if they plastered photos of april on TV but didnt check her boyfriends apartment for 2 1/2 days after that. im pretty sure they would have made that connection from people calling in from the university.

The Hunted of 2060 puts a unique twist on the shape-shifter tale. Set fifty years in the future, Ami puts us in an exciting yet controversial time. We quickly learn that all is not as it seems and that those who discover the truth about themselves will be forced to fight for their lives in a war they didn't know existed. The reader is drawn right into the thick of the story, and as we learn the truth about April's life, we become sympathetic to her plight. This story is exciting right to the very last page. I was thrilled to learn of the upcoming prequel and cannot wait to read it.

"I didn't take my sky car. I wouldn't have been able to navigate it with paws." Love that line!
This book is aimed at the YA readership, but with the current market of Twilight making supernatural/paranormal books popular Being Hunted of 2060 will appeal to adults as well.

It's told through the eyes of sophomore 19 year old April in futurist 2060 in Alaska. At the opening April is experiencing her metamorphosis through chills, pain and images she can't explain. Her boyfriend Robert is worried, but April knows she isn't *ill*, it's something else, something bad.

She discovers she has a twin, and the twin explains to her what is happening to her body. The one thing I couldn't understand is why April takes the explanations so calmly. Apart from that this was such an easy read; it flowed from chapter to chapter and kept me entertained all the way through. April was an interesting character and you could feel her indecision as she struggled between her two worlds: human and alien. Robert kept her human, but Arken pulled at other alien/wolf side.

It was an amazing read. A lovely mix of romance and the paranormal. I will certainly read more from this author.

[Well-written fiction by a well-read author]

The summary of The Hunted of 2060 begins with: "Set in Alaska in 2060, when April enters her Sophomore year at University..."--I was immediately drawn into the world and setting that the author so deftly and effortlessly creates, in this futuristic novel. I really liked the part about the electrical newspapers "beam[ing] in and out against the shop walls" displaying current events, ha ha!

In the chapter entitled 'Siblings' (Page 16), there's one line that reads, "complex themes [are] interwoven into relatable story lines"--the main character is referring to the subject of English Literature, throughout the paragraph where this sentence appears. I think the universal themes mentioned in this section echo the main themes of Ms. Blackwelder's novel--kinda like how the pastor's sermon in Moby-Dick reflects some of the main themes in the entire book. This is how it should be done, as compared to certain blockbuster mainstream books, where names of classic books seemed to be dropped for no reason other than to create an added sense of melodrama and/or to make the main character seem 'smart'.

I thought this was a well-written piece of fiction (which veered to "realistic fiction" very often), with well-crafted characters and a strongly developed setting--by an experienced, well-read author.

At nineteen years young, April is going through changes that even she can't explain. It's not until she meets her twin sister (a sister she never knew existed) that April realizes she is a shifter, humans that can transform into animals, and that are being hunted into extinction. Knowing what she now is, April is torn between Robert, a human, and Arken, a shifter from her clan. While battling her inner feelings, April now has to fight for her life and the lives of her new family against the Rogue Militia, a propaganda producing war machine vowed to extinguish each and every shifter.

Ami Blackwelder takes us fifty years into the future where other than fancier gadgets, the world is still full of hate, ignorance and hope. The story is told in the first person, and I must admit I was rather torn. It made for a much stronger insight and brought out April's feelings, but it also narrowed the focus. Maybe it's a guy thing, but I would've loved to have gotten inside the militia and the inner workings in much more detail. Still, Blackwelder's writing is solid. It's a pleasure to read from an author that writes using all of the senses. She made me feel the cold and taste the blood. The Hunted of 2060 is a quick read. The chase and fight scenes are top-notch and kept me turning pages. She also weaves in the environment, tolerance, and social acceptance without getting preachy. For fast paced action and a temporary escape, this is definitely a book well worth reading.

(reviewed the day of purchase)
Imogen Rose reviewed on June 5, 2010

Transport yourself fifty years into the future-to 2060. To a world with humans and a new species, a hybrid species, created by the interbreeding of humans and an alien species which arrived on Earth in 2020. The Rogue Militia, an organization set up to destroy them, exterminated the whole species. What remains in 2060, are the hybrid survivors, a species of shifters.

April is one such hybrid. Left at an early age with adoptive parents, her early normal life was spent surrounded by humans. By the time she reaches the age of nineteen, she notices changes within her. She also notices physical changes. She realizes that she is a shifter-she can transform into a wolf. She is introduced to her hybrid family. She also realizes that she is 'The Hunted'-hunted by the The Rogue Militia, who having eliminated the alien species, now focuses on exterminating the hybrids.

Ami Blackwelder takes us on a rip-roaring adventure in the future. I was immediately drawn in by April and this intriguing story. Her struggles to accept who she is, torn between her loyalties to her hybrid clan and to the humans in her life. This is a fast-moving story, never a dull moment. I thoroughly enjoyed every moment of it and can't wait to read more from this awesome author.

You have subscribed to alerts for A. Blackwelder.

You have been added to A. Blackwelder's favorite list.

You can also sign-up to receive email notifications whenever A. Blackwelder releases a new book.