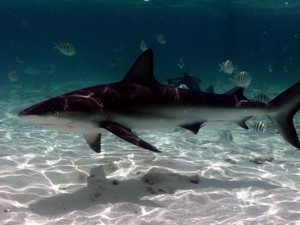 I Was Attacked by a Shark

By Ryan Barlow
Rated 3.67/5 based on 3 reviews
This article was originally a blog post that was reprinted in Caribbean Travel + Life Magazine. It's a fun little article.

Ryan Barlow is an American author, ghostwriter, and college professor. Ryan has been writing since he could use a crayon. He wrote his first book at the age of 3. It was a 50 page spiral notebook titled "A Compilation in Repetition", using loops which resembled cursive ‘L’s or ‘O’s or ‘E’s and sometimes ‘I’s, but it must have been cryptic and profound writings from within his burgeoning, complex mind. Ryan spent his youth in Applegate Oregon, and his formative years in Glendora, California, before baffling his future self and all of his relatives by majoring in criminal justice. Afterwards, he moved to Reno, NV, where he lasted only a few years before ending up back in California. This time it was in Ventura, where he worked as a surgical anesthetist and coached high school water polo.

He currently teaches veterinary science at Boston Reed University, and has a PhD in anthropology.

Funny story. Saying in the story that it was all on video made me want pictures included.

The recount of the experience is very well written by the author, I've been shark diving a number of times myself and loved every minute. The experience this author had would of been scary... but what a story to tell

Wow! I could feel the fear of attack.

You have subscribed to alerts for Ryan Barlow.

You have been added to Ryan Barlow's favorite list.

You can also sign-up to receive email notifications whenever Ryan Barlow releases a new book.