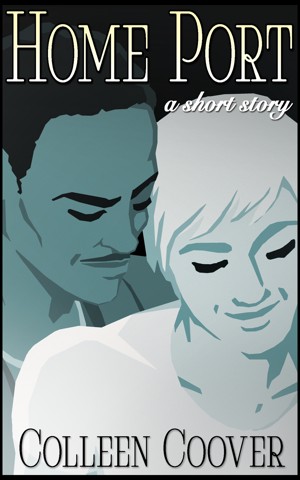 Colleen Coover is an acclaimed illustrator and comic book artist/writer. She is fond of cheese, and despises the color purple (the actual hue, not the movie or the book. They’re OK, she guesses, if a bit schlocky.) You can learn more about Colleen at http://www.colleencoover.net

Great story! Does Mark have one? Cause if he does I'm buying it!

Sweet story, loved the twist at the end! Recommended!

I've been following Colleen Coover's art for some time now, and am always interested when artists expand upon their creativity into new arenas. I will admit that had I not been familiar with Coover's work, I would probably not have read this story. Being a fairly stereotypical heterosexual geek type, romance stories in general and homosexual stories with some graphic sex specifically aren't exactly on my radar.

That said, for her first prose work, Coover has established a very promising future for herself in fiction writing. The story was compelling and intriguing, and the characters were well developed (not easy to do in only a few pages) and likable. While one major element is the sex scene, despite my apparent trepidation on my part going in to the story knowing this scene existed, Coover handled it brilliantly. At no point did I succumb to my "straight-ness" and feel the need to stop reading. Making a pathetic straight dude like myself enjoy something that is supposed to offend me has to be considered as a notch in Coover's belt.

Coover led up to the sex with a wonderfully descriptive bar scene that introduces in a very easy manner the primary characters. She lays out in almost no time a very rich environment featuring characters that one is almost sad to see not continue in the story. It isn't easy to craft a story for just a few pages where you find yourself wanting more of the world presented simply because all of the characters are so likeable or compelling.

The bar scene gives way to a sexual encounter between our hero, Dean, and someone he spots across the dance floor at the bar. This encounter is woven into the story very well, and is treated almost as a red herring to the plot. I leave it to you to read the story and hopefully key in on what I mean.

Coover is a phenomenal artist and her graphic work runs the gamut of themes, and I expect her to experiment in just as wide a range with her prose. This is a very nice first effort that has few (if any, really) flaws and I believe indicative of the talent that Coover has only just begun to tap.

As I have with her artwork, I will certainly continue to read whatever she shares with the public, and I cannot wait for the next ride. (Pun not intended.)

5 stars...Awesome story...I just wanted it to continue and find out what happenes next. I was very surprised (and disappointed) to find after searching that this is a first effort by this author. I was hoping to have many more books to read right NOW! :) I believe in Ethan and Dean and find the story line clever and lovely. There was a lot of living packed into a short period of time. I hear that Mark will get his own book soon and since Colleen Coover is now on my auto buy list I am happy about that. There were no errors or problems with the story that I noticed.

You have subscribed to alerts for Colleen Coover.

You have been added to Colleen Coover's favorite list.

You can also sign-up to receive email notifications whenever Colleen Coover releases a new book.