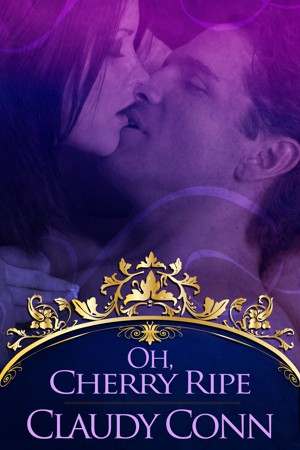 Rated 4.25/5 based on 8 reviews
Cheryl Elton has been in London for three seasons and refuses to be courted. Her mother takes matters into her own hands and Cherry runs! More
Cherry Elton was beside herself! Her own mother had arranged a marriage for her to a man she had never even met. She had no choice but to run away.

Sky Westbrooke had no wish to marry, but his mischievous siblings sorely needed a firm maternal hand. Yet, how could he court his unseen bride, when into his employ had come the most remarkable, enchanting governess?

And Cherry, playing at being a governess was smitten by the handsome, cavalier Lord Westbrooke. His stolen kisses left her breathless—yet, he was betrothed to another. Whatever was a love struck governess to do?
Available ebook formats: epub mobi pdf rtf lrf pdb txt html
First 10% Sample: epub mobi (Kindle) lrf more Online Reader
pdb
Price: $2.99 USD
Buy Add to Library Give as a Gift
How gifting works
Create Widget
Tags: historical regency romance comedy of manners sexyexplicit
About Claudy Conn

I was given this book in return for an honest review. Ok, so normally I'm not a huge fan of historical fiction, however, once I got past my prejudice, I found that this was a well written, entertaining book. Cherry is headstrong, boyish, independant, and modern female. She would have done well in todays society. Her step mother tells her that she has arranged a marriage with a suitable gentleman and Cherry sees red as she wants to marry for love. She runs away, planning on going to her old nanny's for help. On the way, she runs into Sky, he is a well to do young man, who has requested a woman's hand in marriage, having never met her and needing help in caring for his younger siblings. They have an instant chemistry. I think you can tell where this is going. This book is chock full of humor, Cherry is entirely to headstrong for it not to be. Go check it out even if you aren't a huge fan of historical fiction. I enjoyed it.

Sweet and tart as the main character's name implies. The romance was sweet and you felt for Cherry's situation and you wanted Lord Westbrooke to get the upper hand, too. The tension was not over much and the ending was great. Would love to have an ending so perferct. 4 1/2 stars

Could not not like a heroine who kisses a complete stranger. I like the women in the stories I read to be more discriminating. Put it this way if I wouldn't do that- she shouldn't either.

Oh Cherry Ripe by Claudy Conn
Cheryl "Cherry" Elton is twenty-one and fancy free. She enjoys doing what men do only she lives in a world where her station frowns on such things as riding astride or racing a man through Hyde Park. Her step-mom jumped on the opportunity of excepting a marriage proposal for Cherry. Cherry was not excited and chose to run away. She ends up as the governess for a set of twins that she quickly falls in love with and vice versa. What she don’t know is that the very handsome older brother is the very man she is suppose to be engaged to.

Lord Skylar Westbrooke knew at twenty-eight years of age he needed to marry so the twins, Felix and Francine, had a woman in their life. He agreed to marry a young lady he had never med but heard she was beautiful. That was before he met Sarah Parker. The young woman took up residence in his mind the minute he met her in London and now she was at his country home as his younger step-siblings governess. He had yet to meet his fiance, as she has been ill, but more and more he wished that he had never made that arrangement.

I really enjoyed this regency and the fun and unique characteristics of everyone.. Cherry is such a joyous character and she is has been as naughty as the twins and seventeen year old Freddy so she truly understands them. And unlike their past governess’s, putting a frog in Cherry’s face is not going to send her running.
**Sexual situations
http://justjudysjumbles.blogspot.com/2011/12/e-books.html

Just finished this book and I loved it. Claudy knows her stuff and It showed in this book. I loved the characters as you were introduced to them and I could picture them in my mind.

I know in this Era women were suppose to be elegant and soft spoken but Cherry Elton is not the normal lady of the times. She likes to rock the boat and does many times which has put her in a bad situation. Her mother has offered her hand in marriage to a man she has never met( Cherry will not be able to marry due to her behavior) and Cherry doesn't want to marry for anything but love. Cherry decides to run off in the middle of the night and runs into a man(foxed) whom delivers her to her nanny where she plans on hiding out for a while.

Skyler Westbrooke has just spent time drinking with his buddies celebrating his soon to be engagement to a women he has never met. He stumbles upon Cherry (although she gives him the of her mother Sarah)and kisses her and delivers her to her nanny. He can't stop thinking of her but has to go and offer for his hand. However when he comes to offer the women is ill and he has a chance to find Sarah (Cherry)again.

You need to read this book to find out how they interact with each other and what comes out of the kiss they shared that night.

Thank you Claudy Conn for a great adventure!

(review of free book)
Heather Alexander reviewed on July 15, 2012
(no rating)
Ok, so to be honest, I normally won't read any kind of historical novel, don't care what kind it is. I was given this book for review so I made myself read it. Guess what? I actually enjoyed it. The characters are funny as are the situations that come up. Cherry is a modern day woman, when she shouldn't be. She is being forced into a marriage, not for love, but by arrangement. She runs away to find her nanny and runs into Sky, who is on his way to meet the woman he has asked to marry. They have an instant attraction and don't realize they are each others intended. Even if you aren't a fan of historical romance, it's still a fun, easy read and I actually enjoyed it.

My Thoughts: I needed a quick easy read the other night and Oh Cherry Ripe was in my “Need Read” File on the kindle. I’ve been needing to read this for a while, but got distracted like most book reviewers do.... Dang this was awesome! I couldn't put it down and stayed up through the night to finish it.

The Review: The characters were amazing and the chance of them meeting like this and falling in love was almost a fairy tale ending and set up. Cherry (Cheryl) was the female character of Oh Cherry Ripe, she disagreed with the way women were viewed in london during this time period. Sky is the man who needed compassion from the starts. Together the two characters create a bang that shake their universe. Aludy Coon threads another love story in ways that make it fun to read.
The children were another important factor in all this. Francine and Felix were the wins, the children that made Cherry want to stay. Freddy is the simple character with some baggage and comical tendencies that reminded me of younger James, once he was introduced. Sadly Mary was not in the story, so I will have to imagine what she is like.