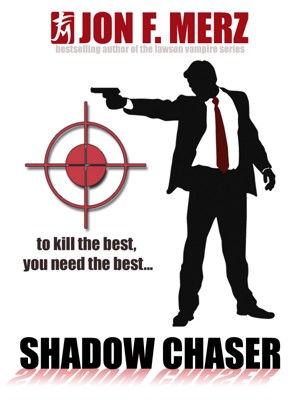 Gwynneviere - the beautiful and deadly assassin who wants to sell PURGE on the blackmarket and will stop at nothing to get it...

Jonathan Archangel - former Delta Force turned elite Shadow Chaser...it's his mission to hunt Gwynneviere down before she can complete her deadly assignment.

As a producer, Jon has formed New Ronin Productions with longtime friend Jaime Hassett to create television and feature film projects in the New England area. Their first project is THE FIXER, a new supernatural action series based on Jon's Lawson Vampire novels. Filming of the pilot begins in September 2009.

As a ninja, Jon has studied authentic Bujinkan Budo Taijutsu/Ninjutsu for almost twenty years under Mark Davis of the Boston Martial Arts Center. He has also trained with senior Bujinkan instructors both in the United States and Japan. During a trip to Japan in February 2003, Jon earned his 5th degree black belt directly from the 34th Grandmaster of Togakure-ryu Ninjutsu, Masaaki Hatsumi. In addition to traditional training, Jon has also taught defensive tactics to a wide range of clients, including civilian crime watch groups, police and EMS first responders, military units, and federal organizations including the US Department of State, the Department of Justice, and the Bureau of Prisons.

In his past, Jon served with the United States Air Force, worked for the US government, and handled executive protection for a variety of Fortune 500 clients. Visit his website at http://www.jonfmerz.net 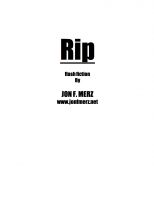 You have subscribed to alerts for Jon F. Merz.

You have been added to Jon F. Merz's favorite list.

You can also sign-up to receive email notifications whenever Jon F. Merz releases a new book.