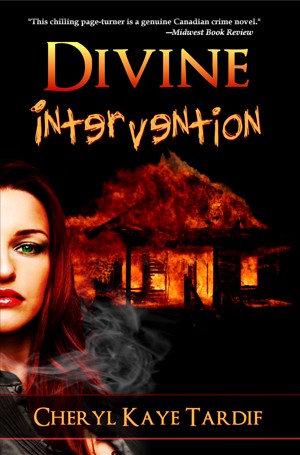 CFBI agent Jasmine McLellan leads a psychically gifted team in the hunt for a serial arsonist―a murderer who has already taken the lives of three people.

Jasi and her team members―Psychometric Empath and profiler Ben Roberts and Victim Empath Natassia Prushenko―are joined by Brandon Walsh, the handsome but skeptical Chief of Arson Investigations. In a manhunt that takes them from Vancouver to Kelowna, Penticton and Victoria, they are led down a twisting path of sinister secrets.

Sifting through ashes and clues, Jasi realizes that there is more to the third victim than meets the eye. Perhaps not all of the victims were that innocent. The hunt intensifies when she learns that someone they know is next on the arsonist's list.

Unleashing her gift as a Pyro-Psychic, Jasi is compelled toward smoldering ashes and enters the killer's mind―a mind bent on destruction and revenge. And in the heat of early summer, Jasi discovers that a murderer lies in wait…much closer than she ever imagined.

Cheryl Kaye Tardif is an award-winning, international bestselling Canadian suspense author published by various publishers. Some of her most popular novels have been translated into foreign languages. She is best known for CHILDREN OF THE FOG (over 100,000 copies sold worldwide) and WHALE SONG.

When people ask her what she does, Cheryl likes to say, “I kill people off for a living!” You can imagine the looks she gets. Sometimes she’ll add, "Fictitiously, of course. I'm a suspense author." Sometimes she won't say anything else.

Inspired by Stephen King, Dean Koontz and others, Cheryl strives to create stories that feel real, characters you’ll love or hate, and a pace that will keep you reading.

In 2014, she penned her first “Qwickie” (novella) for Imajin Books™ new imprint, Imajin Qwickies™. E.Y.E. of the Scorpion is the first in her E.Y.E. Spy Mystery series.

She is now working on her next thriller.

Booklist raves, “Tardif, already a big hit in Canada…a name to reckon with south of the border.”

Divine Intervention book trailer video
CFBI agent and Pyro-Psychic Jasi McLellan and her team members―Psychometric Empath and profiler Ben Roberts and Victim Empath Natassia Prushenko―are joined by Brandon Walsh, the handsome but skeptical Chief of Arson Investigations. In a manhunt that takes them from Vancouver to Kelowna, Penticton and Victoria, they are led down a twisting path of sinister secrets. 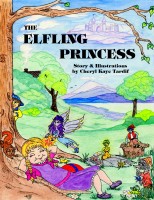 The setting was well described, and the characters' actions were logical, given their backgrounds. I really cared what happened to them.

***UPDATE - the author contacted me and informed me this was a formatting error and was thoroughly edited prior to publication. She is currently reformatting it now to correct this error. Therefore I have no real complaints!!!

(reviewed 6 months after purchase)
Crystal Waldrum reviewed on Dec. 1, 2011
(no rating)
Overall I enjoyed the book. The the psychic abilities to solve crimes and actual police work instead of a sole reliance on abilities. A tad bit of romance and passion tossed in and an arson serial killer made for an excellent story. It had a good pace and although a few details tweaked for me it was a very plausible story. My only real main complaint was the lack of editing. Every other paragraph had a ? instead of a comma or period. It was strange. Also incomplete sentences and some spelling mistakes. With a serious edit this would make a great story for all.

An enjoyable read, murder mystery with a little romance laced with a touch of the paranormal. All blended well resulting in a good story with likeable characters strong enough to make a sequel eagerly awaited.

(reviewed 4 months after purchase)
Aparna Sethuraman reviewed on Sep. 25, 2011
(no rating)
I received this book as part of the Member Giveaway and loved it. This story is set in the near future where the CFBI(a Canadian counterpart of the FBI) uses people with psychic and special abilities to crack cases. In some ways this story is based on the same premise as Kay Hooper's Bishop series. It is a weell-written novel which keeps you wanting to read more of it.

Can't wait to get the next installment

I liked the premise of this story quite a bit, actually. The only reason I had to knock a star off was because it was unpolished in several areas. The romantic attraction between the protagonist and another person didn't flow naturally; it felt more formulaic than anything else. And at times the dialogue and narrative was stilted. A lot of snarling, whining, growling, head swiveling, etc. Overuse of those types of descriptive words can start to affect the overall work, and that happened in this case. But the general plot was pretty good - just wish the characters could have been fleshed out a bit more.

Where should I start? I was thinking whether it was a paranormal, a romance or a thriller story. Or all together. The CFBI agents had paranormal abilities, and the way they used their gifts and made contact to the paranormal dimensions was interesting in itself. Some investigators would give anything to be able to sense, feel and see how the crime happened, just by touching objects of the crime scene. It would revolutionize the investigation process.

I like thrillers, I like twists and turns, and I like suspense. I got these all in Divine Intervention. As the story unfolds, the team is trying to catch an arsonist and killer. Soon they realise that they are after the wrong person. The team discovers the awful series of events that led to the murder they were investigating.
There was an exciting chase at the end (I could enjoy some more in the book), almost costing the life of McLellan. And there was a real twist at the end, the killer was somebody not expected. I had a small problem with that, though: there should have been some clues along the story, so it would not feel somewhat like deus ex machina.

Being a sci-fi fan (and being a man), I'm not really into romance stories, so it may be only me, but the romance started strangely: Agent McLellan hated Walsh right when they met. Of course Walsh was assigned to the investigation, and they had the chance to argue with each other. I was confused when it turned to love. Ladies, if you read the book, please tell me if I'm wrong on this, and the turn was believable.
Anyway, they fell into love, but then McLellan turned down Walsh when he tried to make love with her. Not that I wanted a sex scene, but after the trouble they went through, they merited to have a good time together.
I liked the romance subplot between the other two agents, Prushenko and Roberts. Two grown ups, who like each other, discover that their feelings can be deeper than they thought, and give it a try.

I found the characterisation well done.

There was an issue with the font size, smaller and bigger parts of the text were alternating, sometimes paragraph by paragraph.

Cheryl Kay Tardiff brings a whole new light to intellegiance work. She keeps you interested with the characters' special psychic powers and brings the reader into the story. The author develops the characters through personality and crime scene situations. Can't wait to read Divine Justice.

I really expected a straight-up PNR with this read but instead I got a true cop mystery! Sure, the agents that work in this division of the CFBI have psychic powers but it wasn’t the focus. The focus was the crime and I loved that. It was refreshing and reminded me of all the Chick Suspense I used to read. I still do read it but I find myself committed to lots of other genre’s. I am very happy with this and will be reading the second installment soon.
I highly recommend this to, not only lovers of UF and PNR, but mystery readers as well!

Based in Canada, it's a great read for those who like suspense, murder, drama and a touch of romance. A series of arsons has a special team of crime solvers with special talents called to help solve the "who-done-it". Plenty of twists and turns to keep you turning the pages until you reach the end.

You have subscribed to alerts for Cheryl Kaye Tardif.

You have been added to Cheryl Kaye Tardif's favorite list.

You can also sign-up to receive email notifications whenever Cheryl Kaye Tardif releases a new book.