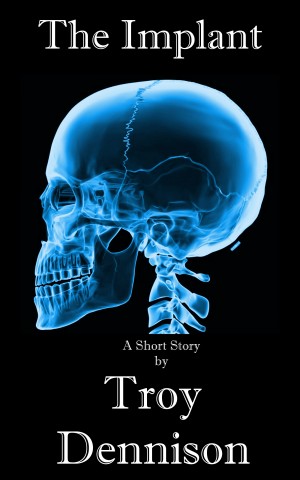 Troy is an artist, writer, director, sometimes actor and X-Box junkie.
He is the creator of the "Tales From The Lounge" and "Dragon Days" web-comics and his independant film work includes the movies "The Clown", "Last Time She Lived" and "Furor".
Troy is also one of the team behind the award winning anthology film "Checking In" - winner Best British Film at the London Film Awards 2014 - where he served as the writer and director of "Ted and Mary" and is the writer/director of one of the stories in the upcoming anthology horror film "The House of Screaming Death".
Troy was born and grew up in Staffordshire. His interest in films grew from an early age, influenced by seeing Star Wars:A New Hope when he was nine and from the stories his Great-Uncle would tell him about classic monster movies like King Kong and Dracula.
Troy has a background in art and theatre and trained as a professional Make-up artist specialising in special make-up and effects. As an artist Troy has produced work as diverse as web-comics, fine art, watercolours, graffiti and theatrical sets.
Troy divides his time between his passion for his artwork, writing, acting, make-up, playing guitar and spending time with his three children, he can be found playing video games and lives in Staffordshire with his crazy dog Theo.

A funny take on unearned, instant knowledge. The narrator keeps getting implants that give him instant knowledge, like language or karate, but without the skills. The whole thing is an eye-rolling sitcom till the bleak end, whereupon it becomes face-palming sitcom.

Excellent. Loved the very current idea of inserting data technology into the human body and the way it can run awry. Will be looking for more from this author.

You have subscribed to alerts for Troy Dennison.

You have been added to Troy Dennison's favorite list.

You can also sign-up to receive email notifications whenever Troy Dennison releases a new book.